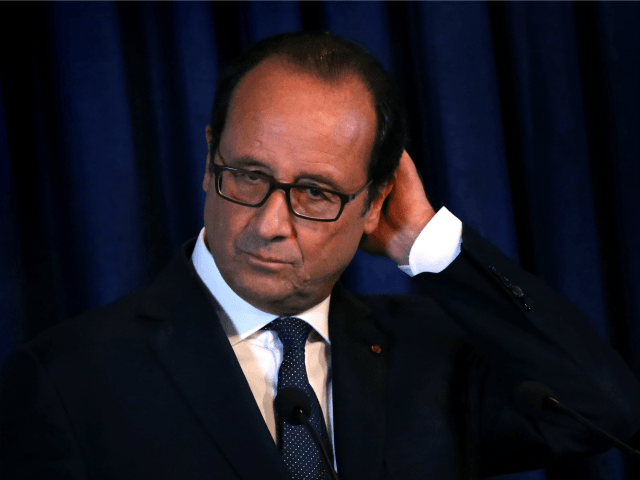 Following German Chancellor Angela Merkel’s claims yesterday that Britain could not remain in the single market unless it accepted free movement, the French President has agreed the UK shout not maintain free trade within the EU bloc post-Brexit.

Speaking at the Jacques Delors Institue in Paris, Hollande said: “Britain wants to leave, but doesn’t want to pay. That’s not possible.”

The backlash from EU governments came after Theresa May’s keynote speech at the Conservative Party Conference on Sunday, in which she announced the UK would be triggering Article 50 by the end of March 2017 – signalling the start of official negotiations for Britain’s exit from the EU.

Mrs May’s speech also suggested that Britain is headed for a “hard Brexit”, in which immigration controls will be prioritised over access to the single market.

Referring to this, the French president added: “Britain decided to go for a Brexit, in fact I believe a hard Brexit.

“Well we have to follow through with Britain’s wishes to leave the European Union and we have to be firm.

“If not we will put into question the EU’s principles.”

The comments echo those of Mrs Merkel, who is largely considered to be the EU’s most powerful leader, who said Britain could not pick and choose which the EU’s four freedoms it abides by.

She said: “If we don’t say that full access to the single market is linked to full acceptance of freedom of movement, then a process will begin where everyone in Europe starts doing what they want, and that will be extremely complicated.”

Meanwhile, France’s finance minister Michel Sapin also out spoke about the decision to go down a hard Brexit route, which has been interpreted by EU countries as signalling Britain’s intention to prepare for a battle when it comes to the negotiations.

Sapin said: “A battle is not in Britain’s interests.

“If there is a country that has something to lose from tough negotiations with dire consequences – what’s called ‘hard Brexit’ – it’s Britain.”