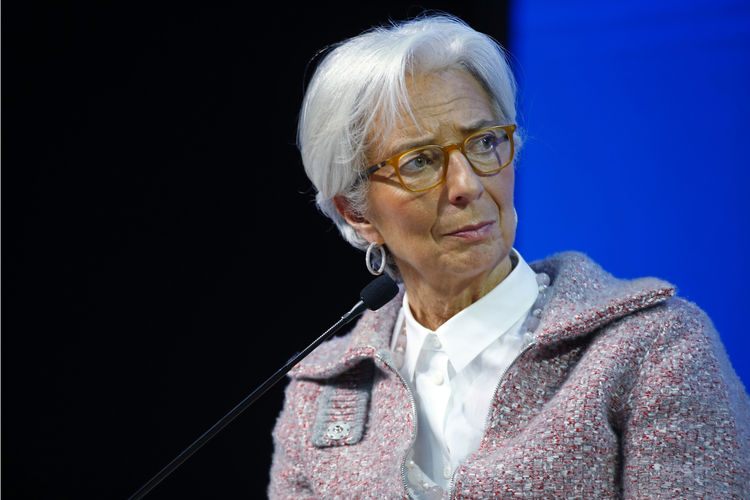 The International Monetary Fund has warned that the current economic crisis in Nigeria may spill over to the rest of West Africa with negative consequences.

It also raised the alarm that Nigeria was spending too much of her revenue to service debts, noting that this was not sustainable.

The Assistant Director and Head of Fiscal Policy and Surveillance Division, Fiscal Affairs Department, IMF, Catherine Pattillo; and the Director, Fiscal Affairs Department, IMF, Vitor Gaspar, said this on Wednesday at a press conference on the IMF Fiscal Monitoring Report as part of the World Bank/IMF Annual Meetings in Washington DC, United States.

They insisted that the fact that about 45 per cent of the Federal Government’s revenue was being paid as interest on the nation’s debt was a worrying development.

Pattillo said, “The slump in oil production and slow growth have created challenges for Nigeria. But one statistic that is quite striking to me is that the debt profile is weakening and the interest account payment is more than 45 per cent of the Federal Government’s revenue. The priority is a big challenge.

“On the fiscal side, the important priority should be in safeguarding fiscal sustainability, which means, importantly to increase non-oil revenues and implement an independent price-setting mechanism that minimises fuel subsidy. So, these are two priorities, while also of course, improving public service delivery so that citizens can see the benefits of good governance and services financed by the government.

“So, these are the challenges. As you know, Nigeria is a very important economy in the African region and its success has positive spill over for the region, particularly in West Africa, and its challenges create difficulties for its neighbours.”

On his part, Gaspar said, “Message number one is that if you look at the global debt and deficit landscape in the world, you’ll see that the countries that have the highest public sector deficit are oil exporters; Nigeria is in debt and it is a country much hit by very low oil prices.

“That is a general message because it applies to oil exporters in general; the group of oil exporters have shared some characteristics.

“The most important point, in my view, is that for countries in sub-Saharan Africa to deliver on the SDGs, the key challenge is the building up of revenue mobilisation capacity through tax capacity building; that’s a key priority.”

“For these group of countries, public finance/fiscal policy is part of the overall development strategy, and in that, tax capacity is a fundamental cornerstone.”

Meanwhile, the Minister of Finance, Mrs. Kemi Adeosun, has condemned multilateral funding agencies and Western nations for blocking an attempt by Nigeria to generate electricity from coal on the excuse that the project is not ‘green’.

She said this at the ongoing annual meetings of the World Bank/International Monetary Fund in Washington DC, United States of America on Wednesday.

According to her, it is hypocritical to block the project at a time Nigeria needs power most.

Although Adeosun did not give details of the project, she said it was blocked because of its likely contribution to carbon emission, but noted that most developed countries still relied on coal as a means of generating electricity.

The minister, who spoke on infrastructure funding for Africa, said, “I think there is a need for consistency around bankable projects that can attract investments. Yes, we do need macroeconomic stability. We also do need consistency of policies by the multilateral institutions and Western countries.

“Let me give you an example. In Nigeria, we have coal and there is power inadequacy. It doesn’t take a genius to work out what it will take to get coal-fired power. Yet, we are being blocked. I think there is some hypocrisy in that. We have an entire Western industrialisation that was built on coal-fired energy and that is the competitive advantage that has been used to develop Britain, where I grew up. Now, Africa wants to do it, and they are saying it’s not green, we can’t do it and that we should go and do solar and wind, which are the most expensive power projects in the world.

“Yes, we are going to have the narrative around infrastructure; we must invest in infrastructure, but we must also make sure the playing field is level. The West, after polluting the atmosphere for 100 years, and when Africa wants to explore its resources, they say no.

“Yes, we would come up with bankable projects and we would behave ourselves, but I think we also need to be firm.”