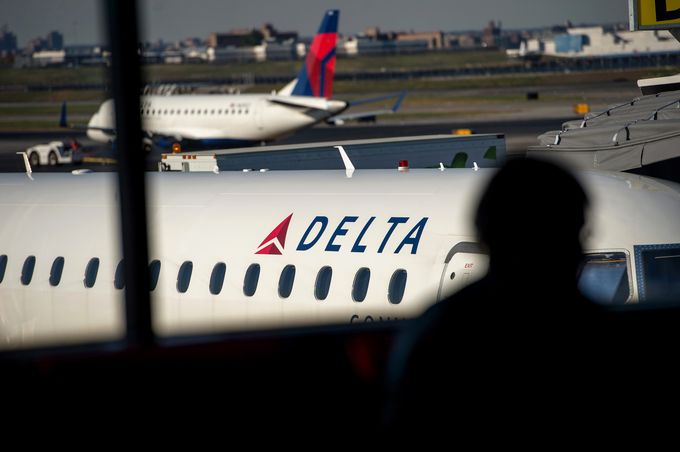 Delta Air Lines Inc. would give its pilots a 30 percent raise over four years under an agreement in principle with the aviators’ union, potentially paving the way for a new contract after a nine-month standoff.

The increase includes an 18 percent gain retroactive to Jan. 1, according to a union memo sent Friday, which was obtained by Bloomberg News. If the labor group’s executive council approves the pact, the measure would go to a vote by the full membership. Delta and the Air Line Pilots Association declined to comment on the terms of the agreement.

The deal is an “industry-leading package of pay, benefits and work rules,” Delta spokesman Morgan Durrant said by e-mail. John Malone, chairman of the Delta chapter of ALPA, said the agreement “achieves the goal of advancing the profession while raising the bar for all airline industry pilots.”

Pilots at other airlines are closely watching the deliberations, and aviators at United Continental Holdings Inc. even have a contract provision that calls for pay to be increased if their counterparts at Delta win a better deal. If the final Delta agreement is approved, unions at other carriers will typically push their management teams to match salary terms or any advantageous work rules that improve a pilot’s life on the job.

Delta and its 13,000 pilots had been at a standoff since the end of last year, when the union’s contract became amendable. The Atlanta-based carrier had offered pilots a raise of about 27 percent over four years, the union said in August. The pilots sought a 31 percent gain over three years in September. Earlier, the union had demanded a 37 percent increase.

Under the new proposal, pilots would see smaller raises through 2019 after the big gain this year. Among other contract terms, there would be no change to existing provisions governing Delta’s regional-jet fleet. The carrier had been seeking approval from the union for an option of adding as many as 50 planes in the 70- to 76-seat range.

Pilots at Delta last voted on a tentative contract agreement in July 2015, rejecting it with 65 percent of the vote. That deal would have provided a raise of almost 22 percent over three years.