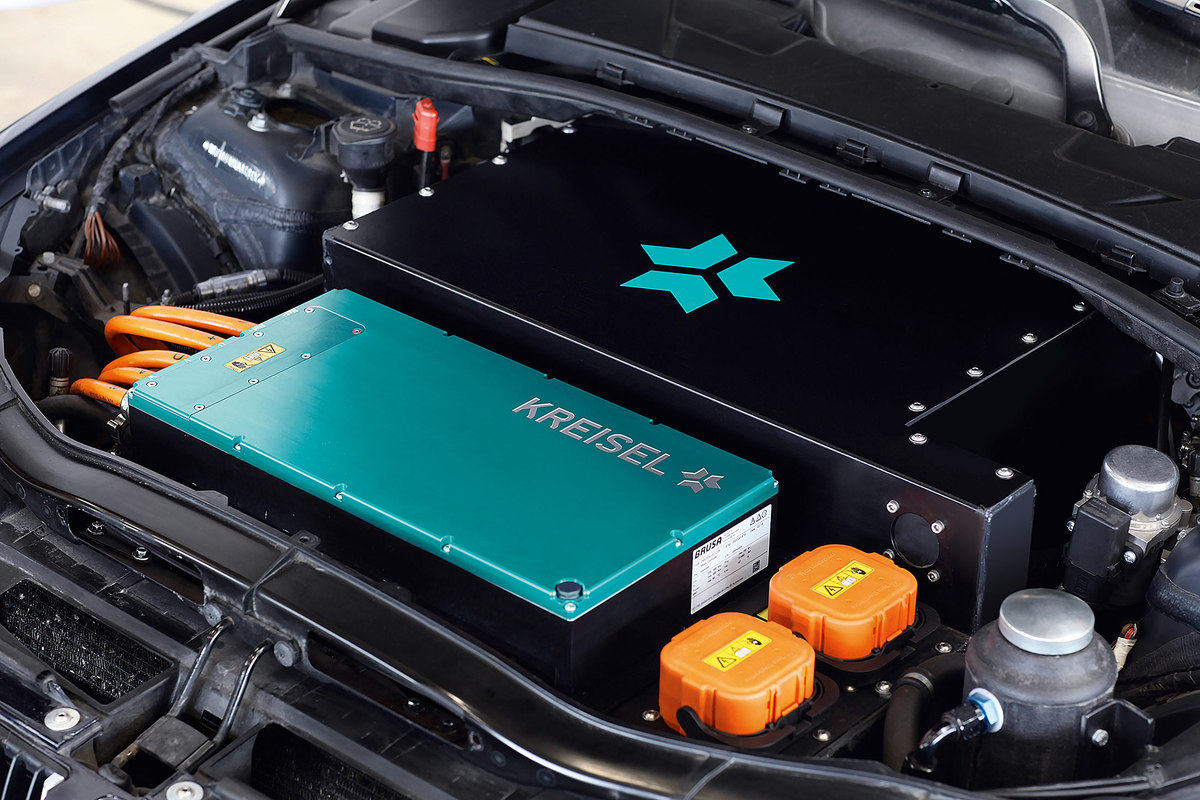 Auto executives are traveling to a remote Austrian town where three brothers are designing electric cars they say can go faster and further than anything made by Tesla Motors Inc.

“The whole industry is searching, and we actually have the solution,” Markus Kreisel, 37, the middle sibling in charge of sales, said in an interview. “Companies come out and offer us projects. We have no real competitors in terms of the way we do business.”

Working out of a three-door garage, the Kreisel brothers — Johann, Markus and Philipp — are making battery packs and drivetrains for a new generation of plug-in cars, boats and airplanes. Pitching themselves as “E-Mobility Maniacs” at trade shows, they’ve convinced established car companies visit them in Freistadt, 200 kilometers (124 miles) northwest of Vienna, to test drive their creations.

Two years into their venture, Kreisel’s order book is filling up. It’s broken ground on Austria’s first lithium-ion-battery assembly plant, and their workforce is expected to double to 70 employees by the time production starts in the second quarter of next year.

The early success of Kreisel Electric is a sign of how entrepreneurs and smaller companies are starting to disrupt the business model followed by the big names in the century-old automotive industry, said Colin McKerracher, an analyst at Bloomberg New Energy Finance.

“Electric drive trains are simpler and have lower barriers to entry,” McKerracher said. “That is disruptive and will create a lot of new opportunities and alternative business models in the auto industry.”

Kreisel’s strategy is threefold. It makes battery packs and electric drive trains for orders as big as 10,000 vehicles. It designs lithium-battery production lines for original-equipment manufacturers. And it creates prototypes for top-tier carmakers.

“We already have two contracts with two companies, one of which is bigger than Tesla and will actually build 100,000 cars over the next two years,” said Markus Kreisel, who declined to be more specific.

Kreisel Electric burst onto the Austrian and German automobile scene with a reworked Porsche Panamera that outperformed Tesla’s flagship Model S on some measures. The Austrian company says its patented laser-welding and thermal-cooling techniques give them an edge over Tesla because the method preserves the full power of the lithium-ion cells.

The Kreisel garage is located a stone’s throw from a medieval-village moat and near the back end of an alleyway guarded by diesel pumps. A half-dozen of the brothers’ creations were parked outside during a visit in August. Included were a Volkswagen Caddy said to go 350 kilometers without needing a charge and the staff favorite, a Skoda Yeti, that can make it to Munich in one shot, 300 kilometers away.

Why Road to Clean Cars Has So Many Bumps and Curves: QuickTake
“We don’t have the same rules as the big OEMs, so we can do in four months what it takes them two years to do,” Kreisel said.

Kreisel announced its first order last month to deliver as many as 2,000 electric powertrains and battery packs to VDL Groep in the Netherlands for Mercedes Sprinter minibuses.

“We have chosen Kreisel because they have developed a very nice battery with some patented characteristics better than Tesla,” Erik Henneken, business manager at VDL, wrote in a reply to questions. “Kreisel is dynamic startup yet very professional in what they do. They grow rapidly but remain in control.”

“We have all the financing we need,” Kreisel said. “We can build our factory off cash flow. What we need is time.”

Their 6,300 square-meter (68,000 square-foot) battery factory will open with initial capacity of 800 megawatt-hours a year, which can be doubled within three months. Kreisel expects to sell 50 million cells or more next year. That’s based on on the size of their lithium-ion configurations and may mean about 6,000 battery packs, according to calculations by Bloomberg New Energy Finance.

As orders grow, Kreisel anticipates a steep drop in battery prices, from about $140 a kilowatt hour now to less than $100 a kilowatt-hour.

“The sales price today for large volumes over 100,000 cars would already be under $100,” said Kreisel, who buys cells from vendors including Panasonic Corp. and Samsung Electronics Co. “Unfortunately, nobody’s making 100,000 cars today.”
Kreisel doesn’t see the 100,000-car threshold reached until 2019, by which time Tesla will have ramped-up production and German automakers will have entered the fray of the electric-automobile revolution.

“We will sell a lot of electric motors in the next year,” Kreisel said. “We have some really big companies that are going to produce in high volume.”

Glo Subscribers Get 10% Bonus on e-Top Up

TeamApt Transactions Hit N1.4T In May 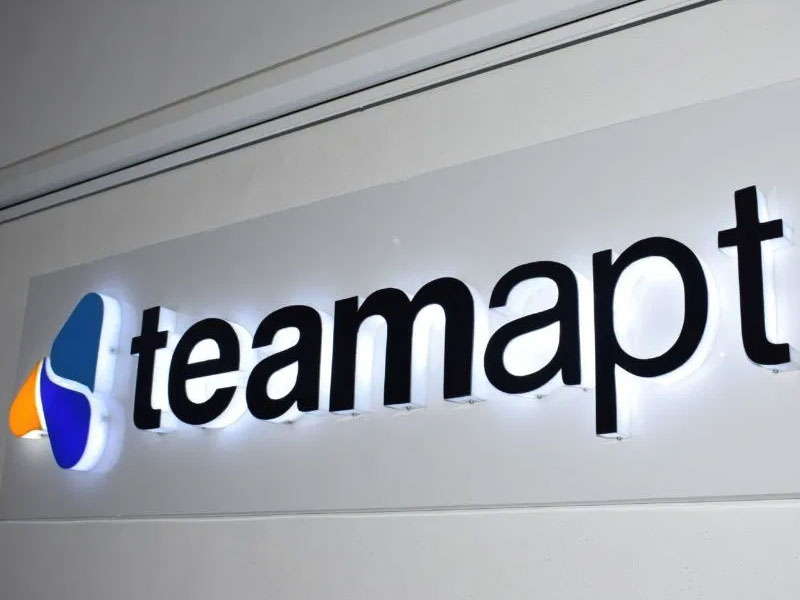 Nigeria’s one of Nigeria’s leading fintech companies, Teamapt said it transacted N1.4 trillion ($3.5billion) value in 68 million transactions volume in May 2021 on its agency banking platform.

The data sourced from the monthly report of Shared Agent Network Expansion Facilities (SANEF), an initiative of the Central Bank of Nigeria (CBN) to promote agency banking and mobile money in the country, shows that Teamapt controls 74 percent of the total agency banking operations within the period.

The company which is currently leading Nigeria’s agency banking industry provides financial services for the underserved mass market through Moniepoint – its financial access product, and Monnify – its payment gateway infrastructure.

At a media briefing on Thursday in Lagos, officials of Teamapt revealing more of its transaction figures and financial performance for the past months said in less than two years, the company has grown rapidly to operate the largest agency banking platform with a network of over 100,000 agents.

In March 2021, it hit a milestone of transactions worth over N1trillion ($2.4bn) for the first time. In May, the value increased to N1.4 trillion ($3.5bn) with 68 million transactions in volume, and between April 2020 and April 2021, the total value of transactions processed has gone up to $16 billion.

Speaking on the company’s plans to transform financial services in Africa, CEO and founder of TeamApt, Mr. Tosin Eniolorunda said “To achieve our mission of providing financial happiness for all, we started out by building working infrastructure and distributing this in every of Nigeria’s 36 states.

“So far, Moniepoint has served over 25 percent of the 48 million banked Nigerians, previously underserved by the financial system. This is a great feat but we still have a lot of work to do. Many Nigerians are still underserved, and with this pain not exclusive to Nigeria but shared among Africans, we intend to scale into more regions of the continent.

“We remain focused on innovating, and we expect that in the future, through Moniepoint, we will reach more people across Africa and build their trust in the financial system and processes. We look forward to empowering our agents with the facilities to offer other financial services directly to customers, beyond deposits and withdrawals,’’ Eniolorunda added.

TeamApt reiterated its commitment to transform financial services in Africa, the company was founded in 2015 and started out by building infrastructure for tier-one financial institutions. 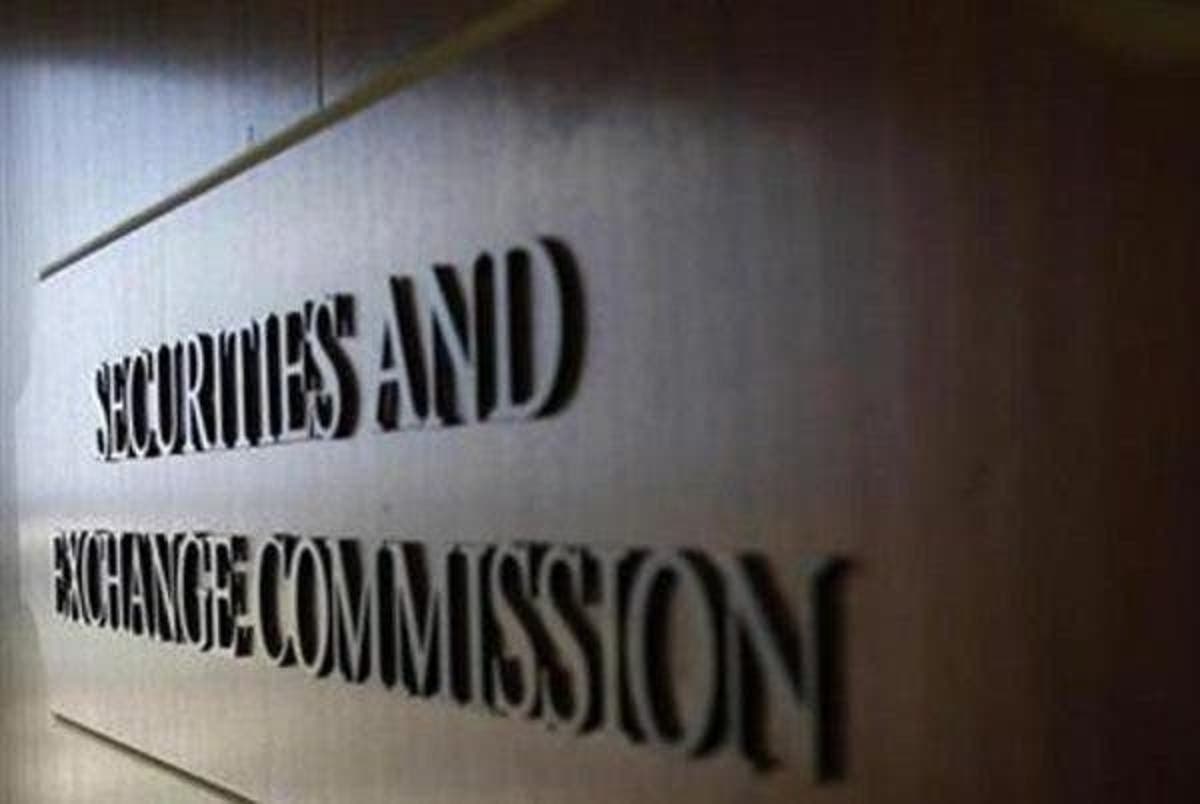 The Securities and Exchange Commission (SEC) has announced plans to launch a regulatory incubation (RI) programme for fintech operating or seeking to operate in the Nigerian capital market.

According to a circular published on the commission’s website on Wednesday, June 16, it says that the initiative will be launched in the third quarter of 2021 and will operate by admitting identified fintech business models and processes in cohorts for a one-year period.

The SEC said that the categories to be admitted into each cohort will be determined based on submissions received through the fintech assessment form and communicated ahead of each take-off date.

The circular read: “Review of completed Fintech Assessment Forms will continue on an ongoing basis. FinTechs who consider that there is no specific regulation governing their business models or who require clarity on the appropriate regulatory regime for seeking the authorization of the Commission, are encouraged to complete the Fintech Assessment Form.”

The commission maintained that it designed the RI program in order to address the needs of new business models and processes that require regulatory authorization to continue carrying out full or ancillary technology-driven capital market activities.

It will serve as an interim measure to aid the evolution of effective regulation which accommodates the innovation by fintech without compromising market integrity and within limits that ensure investor protection. 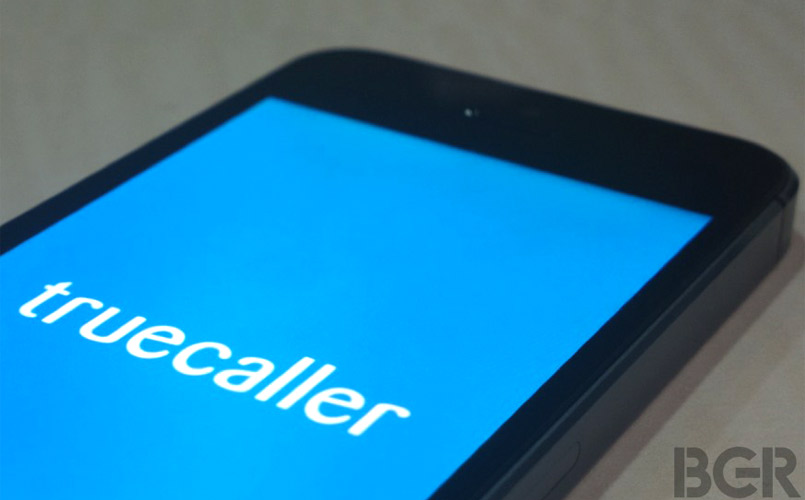 Truecaller, the world’s most trusted and accurate Caller ID and telephone search engine, is rolling out a new feature to further augment the user experience.

The new feature Smart SMS has been introduced based on user feedback and is designed to cater to the evolving needs of our consumers. It offers a host of new services to make day-to-day communication a lot more convenient.

Smart SMS is powered by state-of-the-art machine learning models that adapt based on the feedback you give it. It supports users with important messages from banks, billers, travel companies, delivery companies and so much more.

Smart SMS also helps users stay protected from spam and fraud. Only the essential information within an SMS is highlighted and all SMS messages are categorised and easily accessible. From keeping track of your expenses to last-minute changes to your travel, Smart SMS is the future of SMS that will make life a whole lot easier.

Commenting on the new addition, Zakaria Abdulkadir Hersi, Director of Business Development & Partnerships Africa at Truecaller said: “Roughly 80% of SMSes one receives daily are from businesses, disengaging users from important/useful messages. To combat that, SMS apps need to become smarter by filtering out spam and categorising useful information.

“At Truecaller, we constantly strive to offer the best user experience by adding unique features that fit in with our core mission: to make communication safer and more efficient for everyone. Truecaller has evolved into a powerful communication hub and for the people who wish to use the app to its fullest, we want to streamline the experience as much as possible for an efficient calling and messaging experience for our end user.”

Truecaller uses the same powerful algorithms used to identify spam callers in SMS as well. The SMS intelligence is built into the app itself and it can work offline – nothing leaves your device, including all OTPs, bank SMSes and financial information.