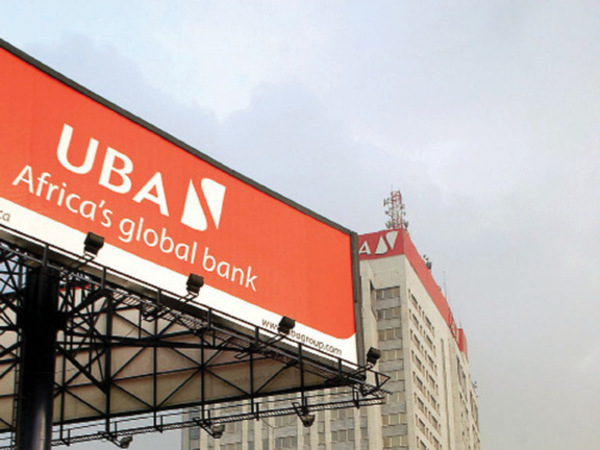 Despite the marginal rise in its half-year profits, the United Bank for Africa Plc has declared an interim dividend of 20 kobo per share for the period ended June 30, 2016, writes Goddy Egene

As expected, the challenging operating environment impacted performances of most companies for the half year (H1) ended June 30, 2016. The banks were not left out as some of them recorded lower profits while some ended the period with lower bottom-line. Those that recorded decline in their profits included First Bank, Zenith, Fidelity and Sterling.

However, Guaranty Trust Bank and Access Bank were among the few banks that posted impressive results in spite of the headwinds in the operating environment.

Accordingly, the two banks recommended interim dividend of 25 kobo per share for shareholders.United Bank for Africa (UBA) Plc was the last bank to make its H1 financials available, having announced a delay in releasing the results.

A closer look at the results showed impressive growth in several key financial indicators. This perhaps explains why the bank’s share price has outperformed the stock market so far this year. UBA’s share price is already up by 31 per cent this year and consensus forecasts are that the share price is still under priced at its current price of N4.32 as at 30 August, 2016.

Another positive for UBA was a drop in cost to income ratio to 63 per cent in 2016, compared to 64 per cent in same period of 2015. This implies that the bank leveraged economics of scale to moderate operating expenses, as it achieved a 90 basis point decline in cost-to-income ratio in an inflationary environment. Notwithstanding the external pressure of a 42 per cent depreciation of the Naira and headline inflation rate of 16.5 per cent in the period, the bank kept operating cost in check, declining 1.0 per cent year-on-year during the period.

Also, the bank maintained its strong asset quality, with non-performing loans ratio at 2.4 per cent, well below the CBN set limit of 5.0 per cent for the banking industry.For one of largest lenders in the country, this impressive performance is an evidence of the bank’s diversified business model as well as resilience, particularly when put in the perspective of the challenging macroeconomic environment.

Assessing the impact of Naira devaluation of UBA’s earnings, it is noteworthy that in addition to the N40 billion profit, the bank recorded N56.1 billion in other comprehensive income, made up of N32.4 billion foreign currency translation difference from foreign operations and N23.7 billion fair value change on available for sale investments. These other comprehensive income are unrealised profits and thus do not form a part of the N40 billion profit reported in the bank’s income statement, in line with the International Financial Reporting Standards (IFRS).

Commenting on the results, the Group Managing Director/CEO, UBA Plc, Kennedy Uzoka said they were achieved amidst waning economic fundamentals which makes it even more impressive.

“We delivered profit in excess of N40 billion and grew balance sheet by 20 per cent, with our on-balance sheet total assets crossing the N3 trillion mark. Even as Naira depreciation and inflationary pressure increased the cost of doing business in Nigeria, we leveraged our economies of scale, enhanced operational efficiency and Group shared service structure to moderate our cost-to-income ratio by 90bps.”

According to him, UBA’s performance reflects its increased share of the market, even as broad economic activities slowed down in the period, as evident in the GDP contraction in the first quarter and general consensus that the economy may have further contracted in the second quarter of the year.

Uzoka assured that “UBA will sustain its culture of keeping a healthy balance sheet, with strong liquidity and capitalisation, as reflected in the liquidity and BASEL II capital adequacy ratios of 45 per cent and 18 per cent respectively.”

He also promised that “notwithstanding the current slowdown in economic activities, we see bright spots ahead, especially as we see strong prospect to grow market share across all chosen economies, through our enhanced dedication to customer service.”

Explaining the major drivers behind UBA’s performance, the Group Chief Financial Officer (GCFO), Mr. Ugo Nwaghodoh said: “This impressive performance was driven by increased transaction volume, balance sheet growth and efficiency as well as a disciplined management of operating cost. We achieved a 60bps moderation in funding cost, despite the tighter interest rate environment, as we continue to improve our deposit mix, towards low cost savings and current accounts.”

Nwaghodoh said that UBA’s performance in the period endorses the bank’s resilient ability to profitably grow its business from sustainable core banking offerings.

“Notwithstanding the challenging macro and regulatory environment, we achieved a 17.3 per cent return on average equity in the period even as the total equity of the bank grew 23 per cent to N407 billion.

He explained that the bank’s African subsidiaries continue to record significant milestones in their performance, as two erstwhile loss making subsidiaries are now profitable and having positive contribution to the bank’s bottom line.

“Overall, African subsidiaries, contributed a quarter of the Group’s profit, with an even stronger outlook, as we deepen our penetration of the respective markets,” he added.”

UBA also achieved some significant milestones in the period that further underline its strong performance in the period. For instance, foremost Nigeria rating agency, Agusto & Co. upgraded the credit rating of the bank, from “A+” to Aa-“, reflecting the banks improved capitalisation, strong liquidity and asset quality as well as enhanced profitability of the Group.

On the business front, the African Development Bank (AfDB) approved $150 million line of credit for UBA, strengthening the bank’s commitment to infrastructure and SME finance, including women-owned enterprises in Nigeria and the broader African continent. The U.S. Export-Import Bank also signed a $100 million MoU with the bank to expand trade between U.S. and Africa.

UBA Plc is one of Africa’s leading banking groups with operations in 19 African countries and offices in three global financial centers: London, Paris and New York.

From a single country operation in Nigeria, Africa’s largest economy, UBA has evolved into a pan-African provider of banking and related financial services, to more than 11 million customers, through over 1000 business offices and diverse channels globally.