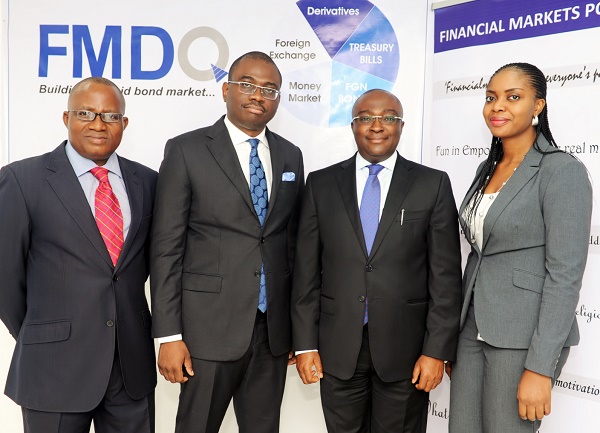 Most of the investors that fled during capital controls and fixed exchange rate have been told by Exotix Partners LLP and Standard Bank Group Ltd. to start buying naira assets again, according to a Bloomberg report.

“The cheap naira is attracting foreign investors,” said Lutz Roehmeyer, a money manager at Landesbank Berlin Investment, which oversees about $12 billion of assets. “At 325 per dollar, the naira is too weak” and Landesbank anticipates a rebound,” he said. Roehmeyer’s funds have since doubled its holdings of naira debt to $9.2 million this month.

While firms like Landesbank, Exotix Partners and Standard Bank Group are saying the naira has fallen enough, others are saying the local currency will weaken to 400 by year-end and around 515 by the first half of 2017.

“Restoring oil output would help assuage our concerns,” said Brett Rowley, a managing director at Los Angeles-based TCW Group Inc., which oversees $185 billion of assets. “The combination of cheaper naira and higher yields on naira paper are tempting, but we remain comfortable on the sidelines.”

The naira which rose 3.6 percent to 318 against the US dollar on Tuesday after falling to a record 350.25 on Aug. 19, has been constantly propped up by the central bank to aid its value against the dollar. A method investors said they are not convinced allow the naira to truly floats.

“You can’t really call it a normally-functioning exchange rate yet,” said Andrew Howell, a New York-based frontier-markets analyst at Citigroup Inc., the world’s biggest foreign-exchange trader. “The exchange rate is closer to fair value in the eyes of most investors, but there still aren’t many inflows.”

But Stephen Bailey-Smith, a senior economist at Copenhagen-based Denmark’s Global Evolution Fonds A/S, which manages $3.2 billion of assets, said bond investors are closer to jumping in now than they were a year ago, but they had even been more confident if they were able to mitigate the risk of further depreciation by buying the naira-settled futures introduced in June.

Nigerian local currency bonds have gained 11.5 percent this quarter, while the yield on benchmark government notes due in January 2026 has climbed 226 to 15.08 percent.

“If you can get a yield above 20 percent and hedge the FX risk, it’s not a bad trade at all. The futures market is intended to help you do that, but it’s difficult to buy them,” says Bailey-Smith. “We haven’t come back in to the local market yet, but we’re looking at it closely.”

Nigerian currency is starting to reap from its record low as the “worst-performing currency” among more than 150 this year, after losing about 38 percent of its value against the greenback since the central bank abandoned its fixed rate.