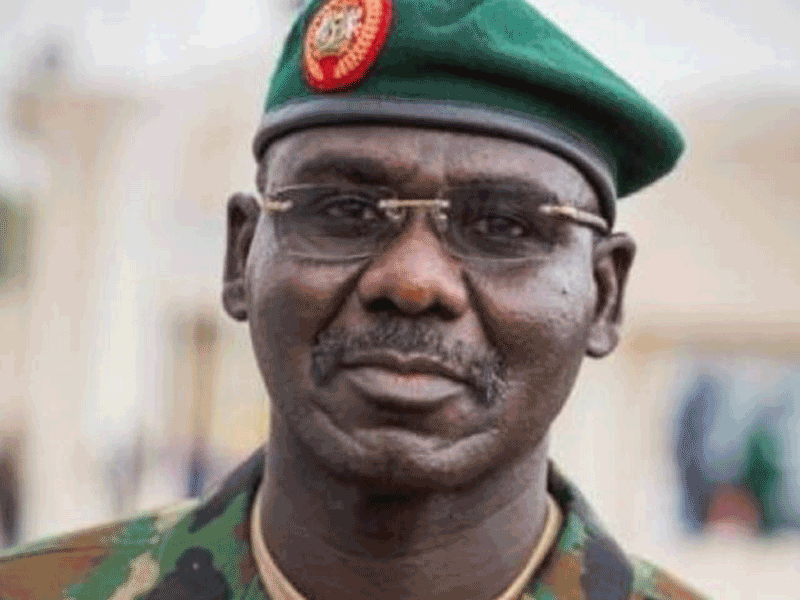 The Chief of Army Staff, Lt. Gen. Tukur Buratai, has declared that the Nigerian Army has defeated Boko Haram terrorists and has also deprived them from re-grouping anywhere in Nigeria, adding that the insurgents have been rendered incapacitated.

Buratai, who was on a familiarisation tour of military units and formations under the 3 Division of the Nigerian army, disclosed this yesterday when he paid a courtesy call on the Gbong Gwom Jos, Da Jacob Gyang Buba, in his palace at Jishe, Jos.

The army chief said: “Your royal majesty I’m here this morning to pay a courtesy call on you before embarking on my familiarisation tour to units and formations under the 3 Division and indeed Operation Safe Haven (OPSH) here in the Plateau State.

“You can see that our efforts in the North-east have really paid off as the incessant bombing of market places and places of worships and populated areas has virtually stopped now. And I can assure you and the people of the state that they will never witness Boko Haram attacks like you witnessed in the past.

“For a long time now, we have not had any case of that nature here in Plateau State and other parts of Nigeria, it is because of the efforts of the military in the North-east. The Nigerian army has not only succeeded in rooting them from their camps in the region, we have been able to blocked these criminal elements from crossing down to these areas or re-building their camp anywhere in Nigeria.

“I want to assure you that we would remain resolute in the discharge of our duties. I want to particularly commend you on your role as the Gbong Gwom Jos, including all the moral support you gave us through wise counsel. We must acknowledge your support.”

Responding, Buba said: “The success of the Nigerian army over Boko Haram did not come to me as a surprise because I know very well that the Nigerian army historically has always distinguished itself wherever they had served; the history is simply replaying itself.

He also appreciated President Muhammadu Buhari for waging a successful fight against insurgency in the country.

CPC described the initiative as novel, bold and courageous at this critical moment in the history of the nation, saying the move would inspire hope, strengthen faith and restore confidence among Nigerians in the unity, stability and indivisibility of the country.

According to its Coordinator, Tukur Musa Tilde and its Chief Media Strategist, Emeka Nwapa, who addressed journalists in Lagos, the group said the move by the military high command to de-radicalise the repentant sect members can offer them another opportunity to contribute to the growth of the society while living their normal lives again, and ultimately advance the frontiers of humanity in the nation.

Expressing regrets over the “incalculable damage” which the gruesome sect had done to the destinies of several persons, families, institutions, communities and careers in the last five years, the group praised the Nigerian military leadership for galvanising the patriotic and gallant troops in alliance with other security forces in the country to downgrade Boko Haram terrorists in the country thereby setting the stage for robust global interest for rebuilding programmes.

CPC further observed that ‘Operation Safe Corridor’ offers the nation and its citizens a great opportunity to re-invent and reinforce its unity, sovereignty and indivisibility in line with the aspirations, dreams and philosophy of one nation.

The group argued that Liberia and Sierra Leone were instances of countries with worse cases of crimes committed by citizens against fellow citizens as well as felony against the state “but are today living in admirable peace and harmony because the ex-combatants willingly surrendered and were de-radicalised, rehabilitated and re-integrated by their people into the society.

“We have reviewed the unfolding situation in the North East regarding the military’s offer to de-radicalise and rehabilitate about 800 repented Boko Haram members. We believe Operation Safe Corridor being executed alongside Operation Crackdown has tipped-off the sect’s final defeat necessary to fast track the peace process towards rebuilding of the region.

“As a people and a nation capable of forgiving and forgoing wrongs, this initiative has further advertised the totality of our oneness which the entire world should recognise in line global best practices.

“We are even more pleased with the patriotic zeal, gesture and support of Governor Ibrahim Dankwambo, the Gombe Emirate and the good people of Gombe State and the environs, among other participating stakeholders for providing the space to accommodate the ex-sect members,” Tilde said.

The group praised the courage and sincerity of the sect’s 800 repentant members for denouncing their membership of the group and willingly surrendering to the military’s de-radicalization and rehabilitation programme, pointing out that it is no longer news that many of them were either drugged, deceived or coerced into the activities of the sect.