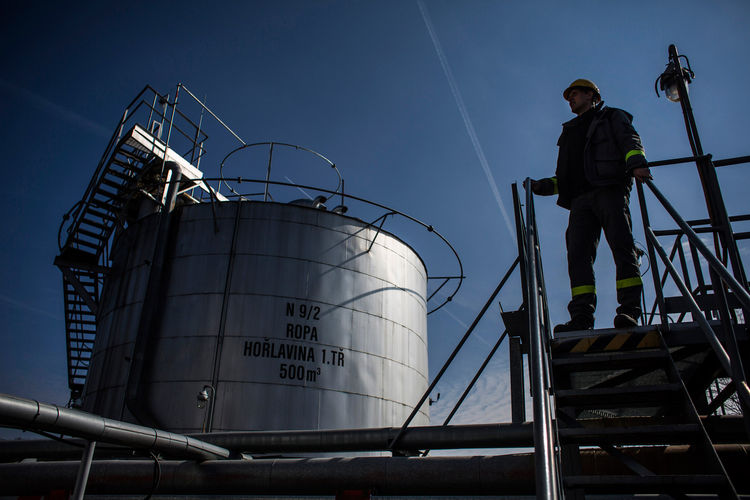 The bullish spirit that gripped oil traders as industry giants from Saudi Arabia to Goldman Sachs Group Inc. declared the supply glut over is rapidly ebbing away.

Oil is poised for a drop of 20 percent since early June, meeting the definition of a bear market. While excess crude production is abating, inventories around the world are brimming, especially for gasoline, and a revival in U.S. drilling threatens to swell supplies further. As the output disruptions that cleared some of the surplus earlier this year begin to be resolved, crude could again slump toward $30 a barrel, Morgan Stanley predicts.

“The tables are turning on the bulls, who were prematurely constructive on oil prices on the basis the re-balancing of the oil market was a done deal,” said Harry Tchilinguirian, head of commodity markets strategy at BNP Paribas SA in London. “It’s probably going to take a little longer than they expected.”

Oil almost doubled in New York between February and June as big names from Goldman and the International Energy Agency to new Saudi Energy Minister Khalid Al-Falih said declining U.S. oil production and disruptions from Nigeria to Canada were finally ending years of oversupply. Prices are set for their biggest monthly loss in a year amid a growing recognition the surplus will take time to clear.

The stockpiles of crude and refined oil that built up in industrialized nations during the years of oversupply remain formidable, standing at a record of more than 3 billion barrels, according to the Paris-based IEA. Traders struggling to sell cargoes are hoarding the most barrels on board tankers at sea since the end of the 2008-2009 financial crisis, the agency estimates.

In some countries the glut seems to be getting bigger, with weekly U.S. government data on Wednesday showing a surprise inventory increase in the world’s biggest oil consumer at at time when summer driving demand should deplete stockpiles.

The latest challenge for the market is “a shift in the surplus from crude to products,” Jeff Currie, head of commodities research at Goldman Sachs in New York, said in a Bloomberg Television interview Wednesday. Refiners churned out gasoline earlier in the year to take advantage of cheap crude, and stockpiles of the motor fuel are now at the highest for the time of year in at least 20 years, EIA data show.

The next move lower could come as crude production ramps back up, said Adam Longson, an analyst at Morgan Stanley in New York. Canadian oil-sands producers have restored what was halted in May when wildfires menaced more than 1 million barrels of daily output. Nigeria has partially recovered after militant attacks curbed production to a three-decade low, according to the IEA.

In the U.S., production declines have leveled off over the past three weeks, EIA data shows. The weekly count of active oil rigs published every Friday by Baker Hughes Inc. has recorded its longest run of increases since August.

“Did the glut disappear in the first place?” asked Eugen Weinberg, head of commodities research at Commerzbank AG in Frankfurt. “It was masked for a while by the shortfalls in Nigeria and Canada, but it did not disappear.”

Still, banks from Citigroup Inc. to Barclays Plc and Societe Generale SA are confident the overall re-balancing of the market remains on track, despite the current price retreat, and that markets will recover by the end of year. The latest sell-off reflects the strength of the dollar, which curbs investors’ appetite for commodities, rather than any worsening of supply-demand fundamentals, according to Goldman Sachs.

“I would call it a bump on the road towards a looming rebalancing,” said Miswin Mahesh, an analyst at Barclays in London. “The supply side is adjusting sharply and we will see it slow down a lot faster than demand from the fourth quarter onwards. The low price is creating a one-two punch moment for the supply side, taking off both current and future supplies.”

The recovery will take prices up to $50 a barrel by the end of the year, according to Barclays and Commerzbank. In the meantime however, sentiment has soured so much that further losses to $40 are inevitable, Commerzbank’s Weinberg said. West Texas Intermediate crude futures lost as much as 1.4 percent to $40.57 a barrel on Friday.

“The oversupply will diminish,” Weinberg said. “But the market is deaf in one ear right now. Sentiment was too pessimistic at the beginning of the year, extremely bullish in June, and now back again to pessimism.”