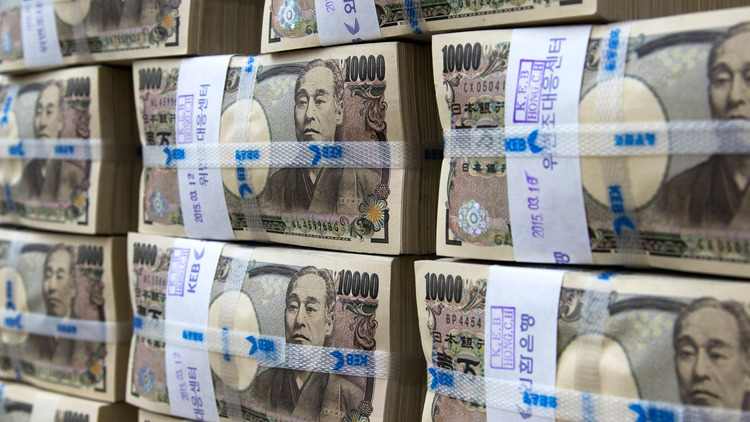 The Bank of Japan kept its key monetary tools unchanged, and will mount a comprehensive review of its policy framework due to “considerable uncertainty” about the outlook for inflation, which has consistently underperformed the central bank’s forecasts. The yen jumped.

Governor Haruhiko Kuroda and his team did enlarge a program of buying exchange traded funds by 2.7 trillion yen ($26 billion) a year, in a move to shore up confidence in light of post-Brexit volatility in financial markets and a slowdown in emerging markets. A dollar-lending facility was also expanded, the BOJ said in a statement in Tokyo Friday. Kuroda reiterated that further easing will be done if needed and said the central bank hasn’t hit a policy limit.

Decisions to keep the policy interest rate unchanged and forgo raising the target for the monetary base followed increasing expressions of concern by banks and bond market participants about the impact of the BOJ’s massive easing. In an unexpected move, the bank said it will conduct a “comprehensive assessment” at the next meeting, on Sept. 20-21, of the effectiveness of the policies taken since Kuroda took charge in 2013. The review won’t affect the inflation target.

“Achieving the 2 percent price stability goal at the earliest possible time is a commitment the central bank has maintained since our joint statement with the government in January 2013, and we have no intention at all of changing this,” he said in a press briefing.

By taking some action on Friday, Kuroda, 71, offers support for Prime Minister Shinzo Abe, who two days ago unveiled a 28 trillion yen fiscal stimulus package that will now bear the main burden for stoking expectations for growth and inflation. The BOJ had come under increasing pressure from government officials to make a move that dovetailed with its own package.

“Since expectations were so high, they couldn’t do nothing,” said Martin Schulz, a senior economist at Fujitsu Research Institute in Tokyo. “But on the other hand, they don’t want to be in the corner of directly financing government debt. So they focused on private assets not government assets.”

The central bank kept its annual target for expanding the monetary base at 80 trillion yen, done mainly through an equivalent increase in government bond holdings. It also left untouched the minus 0.1 percent rate for a portion of commercial banks’ reserves. The dollar-lending program was expanded to $24 billion to support Japanese companies and financial institutions.

The limited move Friday by the BOJ boosted the yen, which was up 1.3 percent at 103.86 as of 5:13 p.m. in Tokyo. The Topix index of stocks fell, then advanced with a rally in the shares of banks — which had complained about the BOJ’s negative rate policy harming their earnings. The gauge ended up 1.2 percent.

BOJ board members updated their economic projections at this week’s meeting. The bank said in its statement that there are risks to achieving its 2 percent inflation target within its latest time frame – sometime in the 12 months through March 2018.

Among key forecasts for the central bank’s outlook report:

The limited policy action from the BOJ move underscores a perception that it is running into operational challenges as the Kuroda era of massive stimulus wears on. The former Finance Ministry currency-policy chief fired his first bazooka weeks after taking the BOJ’s helm in March 2013, and surprised investors by expanding the program in October 2014. More recently, the introduction of a negative-rate policy this January came as a shock to observers, just days after he had publicly rejected the idea.

In his press briefing, Kuroda denied that he was running out of policy room, and also rejected suggestions he’d been pressured by the government. The governor said the planned review will look at what, if any, extra steps are needed to get to the inflation target.

The focus now shifts to Abe’s fiscal package, the outlines of which are set to be reviewed by the cabinet on Tuesday, with analysts anticipating passage in parliament in October. The BOJ said its own action today would have “synergy” benefits with government measures.

Much of the 28 trillion yen headline number from Abe’s plan is likely to be loans that can be spread over years. There’s about 7 trillion yen of new spending included, according to a person familiar with the matter, who didn’t specify the time frame for the outlays.

Historically, fiscal stimulus efforts on their own have failed to reverse the deflation that took hold in the 1990s, and many economists have instead advocated that the Abe administration focus on structural reforms. Little new has developed in recent months on the reform front, this so-called third arrow of Abenomics, with the focus dedicated to the fiscal discussions.

With its easing to date, the BOJ now holds more than one third of Japanese government bonds outstanding, contributing to a collapse in yields — with JGB maturities out to 15 years recently staying below 0 percent. That has flattened the so-called yield curve, eroding the spread for banks between their short-term funding costs and long-term lending rates.

The BOJ’s vacuuming up of government debt also has led to a slump in liquidity, making it more difficult to step up the current pace of JGB buying.