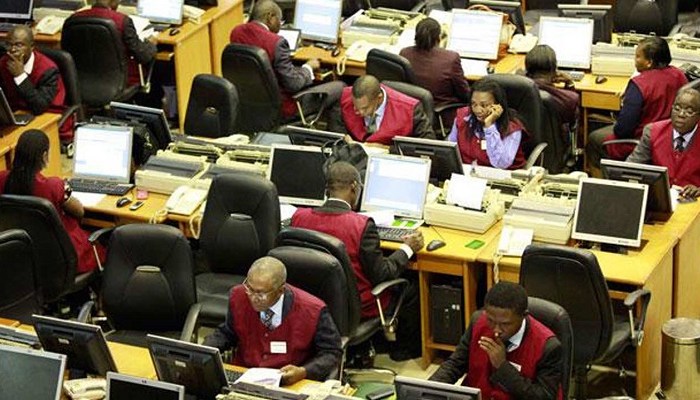 Nigerian stocks surged for a third straight day on Thursday, reaching their highest since September as local investors jumped on it following the abandonment of Naira’s fix rate on Monday.

The Nigerian Stock Exchange All Share index rose 3.1 percent to close at 31,071.25, its highest since September 30. The index has gained 8 percent in the past three days, leading 94 major equity indexes tracked by Bloomberg in gains.

“Volumes in the equity market have gone from about $8 million a day last week to more than $20 million,” Chris Becker, an analyst at Investec, said by phone from Johannesburg. “It’s a big increase, but it’s not all new foreign money coming in. A lot of the rally is down to local money being switched from the bond market to stocks.”

Yields on Naira government bonds have risen 40 basis points since the Central Bank of Nigeria floated the local currency, making it the second highest among 34 emerging markets.

However, the Naira dropped 0.5 percent to 284 against the US dollar as of 2:22 p.m. in Lagos, Nigeria. A situation currency analysts have attributed to low volume of trade in the foreign exchange market.

“So far, the new FX market has disappointed because there’s still very little liquidity, indicating that the exchange rate is not at a market-clearing level yet,” Becker said. “Other than the CBN, not many others are supplying dollars at these levels, suggesting the currency needs to weaken further. We think it’ll fall to around 300 over the next 12 months, but initially probably needs to weaken more than that.”

According to Mickael Avou Ahonzo, head of currency trading at Ecobank Transnational Inc., the liquidity is the problem, “foreign investors want to take positions, but the uncertainty of Naira stability due to low liquidity is holding them back, he said “its less about the level of the Naira than its stability and liquidity”.

“There’s enough liquidity for small trades, but not really for big transactions,” he added.