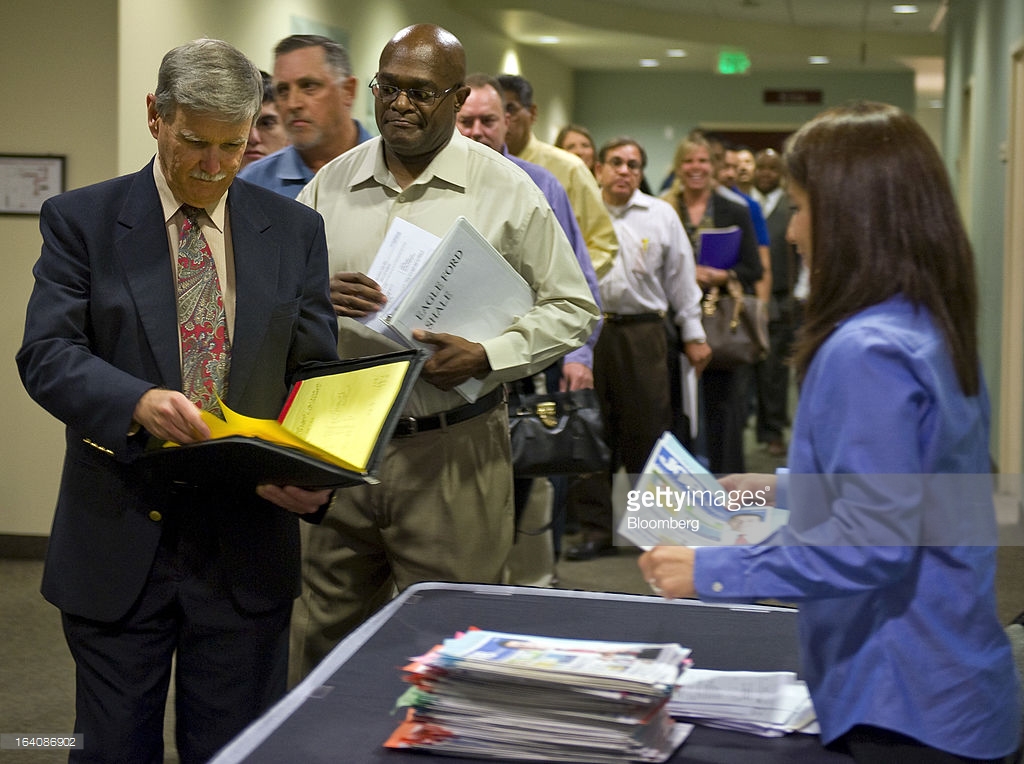 Employers in the US added fewer number of workers in May, the lowest in six years.

A total of 38,000 jobs were added to payrolls in May, followed a 160,000 jobs in April. Jobless rate fell to 4.7 percent in the same month from 5 percent in the preceding month, a Labor Department report showed on Friday.

This report reflects broad cutback due to growing concern about U.S growth and believe will prompt Federal Reserve policy makers to put off increase in interest rates until sustainable improvement is seen in the labor market.

The broad slowdown in hiring cut across manufacturing, construction and mining, job growth at private service also slowed with employment climbing by just 61,000. Plunging diffusion index, which measures the breadth of hiring to 51.3 in May, its lowest level since 2010.

“It will put a dent in optimism about the second-quarter rebound,” Thomas Costerg, senior economist at Standard Chartered Bank in New York, said before the report. “A lot of hopes are hanging on the labor market. If job growth softens it’ll be a signal that the U.S. economy is a bit more fragile than we think. There are a lot of question markets about the second half.”

Furthermore, the number of Americans who are working part-time but would rather have a full time job jumped to 6.4 million in May from 6 million in April.

However, average hourly earnings rose by 0.2 percent in May following a 0.4 percent gain in April. Workers pay also increased over the 12 months ended in May.

The non farm payrolls figure reflected verizon Communications Inc. strike, a work stoppage of about 35,000 workers, the most in four years. According to the Labor Department, those workers were idle for the entire payroll survey pay period.

Overall, this report confirmed new job creation is low and that global slowdown is still affecting growth in manufacturing, construction, energy and mining sectors. Fed Chair Janet Yellen last month said Federal Reserve will continue to monitor labor market improvement before further rate increment, this report may have put that decision to rest till later in the year.

The US dollar plunged against all its counterparts after the report, currently trading at three weeks low.

UK Service Sector Growth Pick Up in May