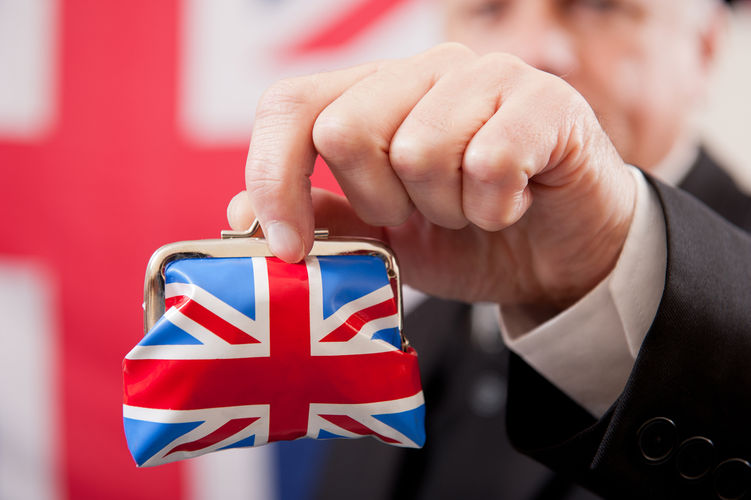 The UK’s inflation rate plunged for the first time in April since September, the Office for National Statistics (ONS) reported.

The inflation fell to 0.3 percent from 0.5 percent recorded in March, much of which is caused by a fall in the prices of airfares, clothing, social housing rents and vehicles.

The ONS said the main causes were falls in the prices of air fares, vehicles, clothing and social housing rents.

The Bank of England said last week that it expected inflation to increase in the second half of the year.

By far the largest downward effect in April came from air transport, with prices falling by 14.2%, compared with a rise of 4.5% between the same two months last year.

This was influenced by the timing of the Easter holidays in March. Fare prices increased dramatically between February and March this year and then fell sharply in April.

The price of clothing and footwear also fell as retailers dropped prices to try to revive sales hit by last month’s cold weather.

An alternative inflation measure, the Retail Prices Index, which is still used to index some rents and pensions, also fell from an annual rate of 1.6% in March to 1.3% in April.

Meanwhile core inflation, which strips out energy, food, alcohol and tobacco, fell to 1.2%, compared with economists’ expectations for 1.4%.

Last week, the governor of the Bank of England, Mark Carney, had to write his sixth letter to the Chancellor George Osborne explaining why CPI inflation was still below the Bank’s 2% target.

In it he said: “The underlying causes of the below-target inflation of the past year and a half have been: sharp falls in commodity prices, the past appreciation of sterling, and to a lesser degree the subdued pace of domestic cost growth.”

The Bank of England’s Monetary Policy Committee (MPC) voted last week to keep interest rates unchanged at the record low of 0.5%. The Bank is not expected to raise rates until at least next year.

Martin Beck, senior economic advisor to the EY Item Club, said: “We are likely to see inflation remain close to current rates until the latter part of the year, when the base effects associated with last winter’s collapse in the oil price will begin to kick in and finally drag the CPI measure above 1%.

Such a benign outlook is likely to stay the MPC’s hand until well into next year.”

In a separate report, the ONS said that there had been a surge in house prices as landlords rushed to buy before higher stamp duty was imposed.

The pound lost about half a cent against the dollar immediately after the figures were released, but then recovered to stand at $1.4483, a gain on the day of more than 0.5%.

Increase in Price of Food is Imminent; Farmers Association Warns

Farmers under the aegis of the Smallholder Women Farmers Organisation in Nigeria (SWOFON) have joined a growing list of associations and experts who have warned of food scarcity in Nigeria.

SWOFON noted during an event in Abuja that Nigerians will likely spend more on food if the federal government failed to address the challenges faced by farmers due to flooding.

Investors King had reported that a series of ravaging floods destroyed several houses and farmlands across the country.

According to the National President of SWOFON, Mary Afan, if relevant government agencies failed to give financial aid to farmers and improve security around the country, it could lead to high cost of food which might result in increased hunger for the vulnerable Nigerians.

“The implication of this massive flooding is that the prices of food will rise higher owing to its unavailability.

She noted that small farmers who are women have lost many of their farmlands due to the ravaging floods. She added that members of the association are also short of seeds to plant during the next farming season.

“While some farmers are gradually returning to their homes as the water recedes to pick up whatever is left of the destruction, others cannot go back home or to their farms. Some have lost the courage to start all over and others have totally lost hope,” she lamented.

Also speaking at the event, the Director-General of the Budget Office of the Federation, Prof Ben Akabueze admonished the association to seek federal government intervention through the national assembly.

The 36 state governors in Nigeria under the aegis of the Nigerian Governors Forum (NGF) have announced their rejection of the sale of 10 power plants in the country.

The governors who issued a communique noted that they going to file a lawsuit against the federal government to stop the privatisation.

According to the communique which was signed by the chairman of the Nigerian Governors Forum, Aminu Tambuwal, the forum has ordered its lawyers to approach the federal high court to stop the privatisation.

They argued that the power plants which are under the National Integrated Power Projects (NIPPs) and managed by the Niger Delta Power Holding Company (NDPHC) are owned by the three tiers of government. That is the federal, state governments, and local government councils.

Investors King could recall that in 2021, the National Council on Privatisation (NCP) approved the adoption of a fast-track strategy for the privatisation of five major power plants. The power plants include Geregu II in Kogi State, Omotosho II in Ondo State, Ihovbor in Edo State, Olorunsogo II in Ogun State, and Calabar power plants.

Although the House of Representatives had also objected to the privatisation, the Bureau of Public Enterprises (BPE) nonetheless announced that it has commenced due diligence assessment of the 16 pre-qualified investors shortlisted for the acquisition of the plants. A development that is in contrast to the position of the state governors.

Meanwhile, the governors’ forum also noted that it is working with the federal government to address the issue of flooding which has ravaged many homes and farmlands across the country.

The forum stated that all the affected states are collaborating with the Ministry of Agriculture and Rural Development, Federal Ministry of Humanitarian Affairs, Disaster Management and Social Development, National Emergency Management Agency, the CBN, and the World Bank to ensure emergency interventions to ameliorate the adverse impact of the devastating flood.