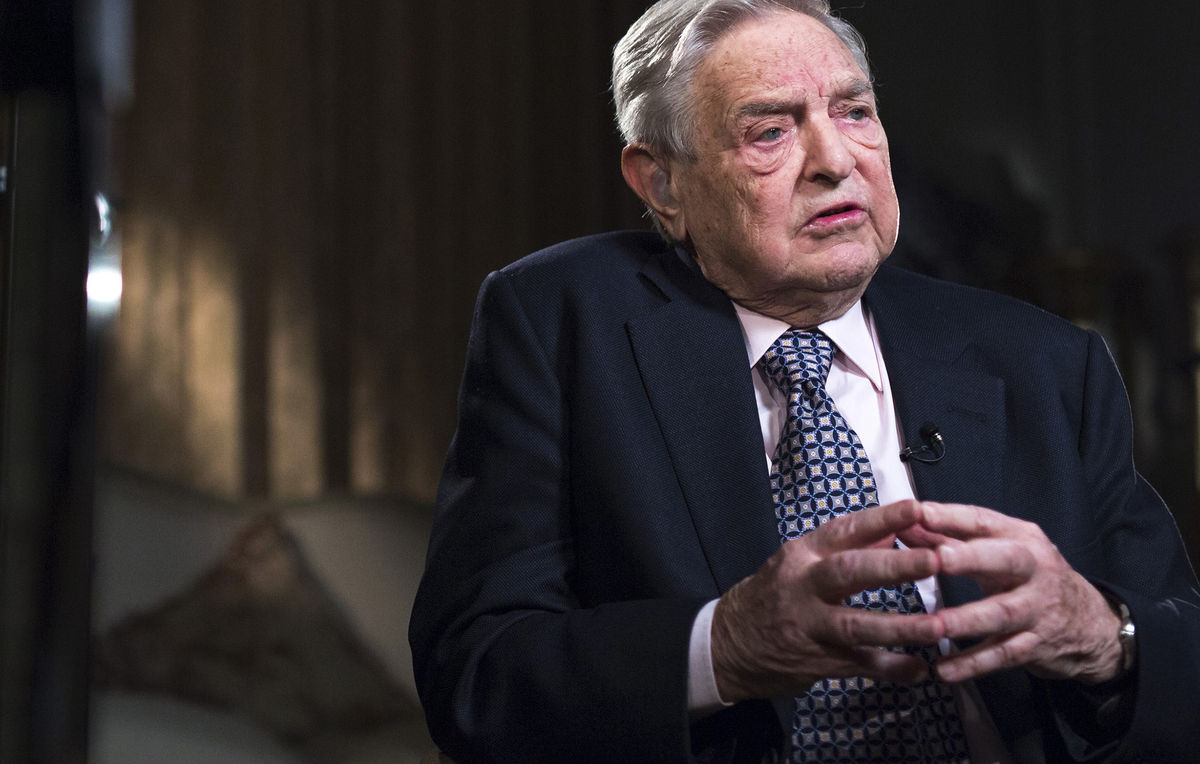 Billionaire George Soros cut his firm’s investments in U.S. stocks by more than a third in the first quarter and bought a $264 million stake in the world’s biggest bullion producer Barrick Gold Corp.

The value of Soros Fund Management’s publicly disclosed holdings dropped by 37 percent to $3.5 billion as of the end of the last quarter, according to a government filing Monday. Soros acquired 1.7 percent of Barrick, making it the firm’s biggest U.S.-listed holding. Soros also disclosed owning call options on 1.05 million shares in the SPDR Gold Trust, an exchange-traded fund that tracks the price of gold.

Soros, who built a $24 billion fortune through savvy wagers on markets, has warned of risks stemming from China’s economy, arguing its debt-fueled economy resembles the U.S. in 2007-08, before credit markets seized up and spurred a global recession. In January, the former hedge fund manager turned philanthropist said a hard landing in China was “practically unavoidable,” adding that such a slump would worsen global deflationary pressures, drag down stocks and boost U.S. government bonds.

Soros sold a stake in Level 3 Communications Inc. which was worth $173 million as of Dec. 31 and a holding in Dow Chemical Co. that was worth $161 million. The family office also divested its stakes in Endo International Plc and Delta Air Lines Inc.

Gold for immediate delivery jumped 16 percent in the first three months of the year, the biggest quarterly surge since 1986, according to Bloomberg generic pricing. Shares of Toronto-based Barrick have more than doubled this year as the miner accelerates cost-cutting efforts and reduces debt. Barrick is up 39 percent since March 31.

Soros returned money to outside investors five years ago and his New York-based firm now manages his own wealth. Michael Vachon, a spokesman for Soros, declined to comment on the firm’s holdings.

Money managers who oversee more than $100 million in equities in the U.S. must file a Form 13F within 45 days of each quarter’s end to list those stocks as well as options and convertible bonds. The filings don’t show non-U.S. securities, holdings that aren’t publicly traded or cash.