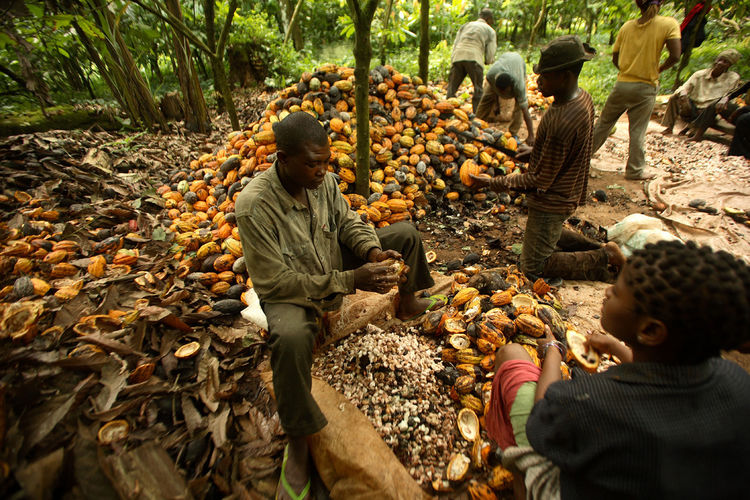 Stakeholders had expected an increase to about 350,000 metric tonnes for the 2014/2015 season following the distribution of improved seedlings by the Federal Government with a target to increase yield and make the country the largest producer of cocoa in Africa before the year 2020, and to develop a globally competitive manufacturing industry around the Nigerian cocoa bean.

Cocoa is currently the country’s leading agricultural export, while Nigeria is the world’s fourth largest producer of the commodity after Ivory Coast, Indonesia and Ghana, and third largest exporter after Ivory Coast and Ghana.

Analysts noted that cocoa prices in the international market had risen but that supply would be a major challenge for producers in the coming years due to increasing demand.

The Federal Government, during the last administration, had targeted a yearly increase that would raise production to around 700,000 metric tonnes this year and one million metric tonnes in 2020 by distributing early-maturing, high-yielding and disease-resistant beans that mature in about 18 months to farmers to replace seedlings with four to five years maturity rate.

“We have distributed more than 140 million seedlings of high-yielding cocoa varieties to recapitalise the cocoa plantations, because they are old. That will give us a yield of almost five times. By 2020, Nigeria should be certainly in the one million metric tonnes cocoa production club,” the former Minister of Agriculture and Rural Development, Dr. Akinwunmi Adesina, had said in 2014.

He said, “The ages of the trees are going down and production is declining, and there is no support from the government in any way to rehabilitate or replant the cocoa and it is affecting production.

“There is a difference between the government trying to do something and doing what it has to do. Last year, a lot of the seedlings did not get to many farmers. The government needs to ensure that its intervention gets to the farmers through monitoring to get the seedlings to the real farmers who need them and not to political farmers.”

According to Ukwu, production also went down in other cocoa producing countries such as Ghana, where the yield dropped from the usual 900,000 to one million metric tonnes to 700,000 metric tonnes.

Ukwu said if something was not done urgently about the production, demand would be more than supply, leading to more pressure on the farmers.

“We are expecting the weather to get better; we are trying to track rainfall across the country; when it begins to rain properly, it will get better. Across board, we are having issues,” he said.

According to Adhuze, despite the fact that cocoa prices are currently soaring in the international market, hovering between $2,900 and $3,000 per metric tonne, production across board is expected to drop in the next few years.

He said, “Prices are soaring in the international market, which is normal, because we are expecting a drop in production in the next four years and consumers are looking for more with the downward production trend.

“The weather and then the demand from East Asian countries such as India and China are also not helping the situation. More people are consuming more cocoa products, but production is going down.”

According to reports, the demand for cocoa is predicted to rise by 30 per cent by 2020, but without empowering and investing in small-scale farmers, the industry will struggle to provide sufficient supply.

A report by The Guardian of the United Kingdom indicated that steady growth over the last 100 years had transformed the chocolate confectionary market into an $80bn a year global industry, but that with demand expected to exceed supply, a crisis was looming for the industry.

The report stated, “Around 3.5 million tonnes of cocoa are produced each year. But rising incomes in emerging markets like India and China, combined with anticipated economic recovery in the rich North, have led to industry forecast of 30 per cent growth in demand to more than 4.5 million tonnes by 2020. This should be good news for farmers and businesses alike.

“But complacency and disregard for the livelihoods of more than five million small-scale family farmers who grow 90 per cent of the world’s cocoa mean that the industry may simply be unable to provide sufficient supply to meet the demand.”

According to Adhuze, the Nigerian situation is compounded by economic factors such as unstable foreign exchange.

“Nigerian cocoa investors are not smiling, as they get the money, they pay more to reinvest,” he said.

According to him, a drop in production will adversely affect the target to increase yield.