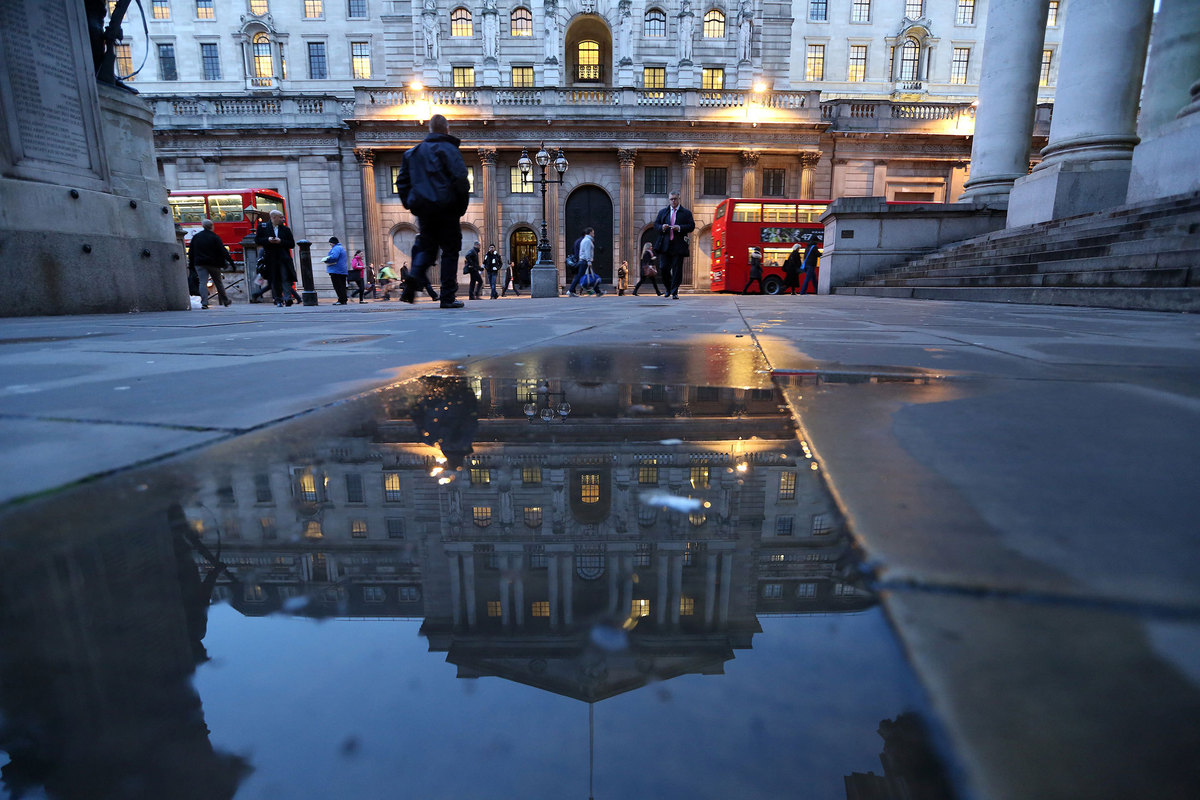 Pound traders who held on during this year’s pasting have little to look forward to next week.

After falling to the lowest level in 5 1/2 years against the dollar on Friday, the U.K.’s currency may struggle to catch a break next week as reports are forecast to show inflation remained close to zero, wage growth slowed and retail sales dropped in the nation.

Sterling also weakened versus the euro, declining for an eighth consecutive week, its longest slide since 1999, as signs of weakness in the domestic economy and global shocks from China took the shine off Britain’s currency.

The Bank of England kept interest rates unchanged at a record low on Jan. 14, citing a weakening outlook for growth and inflation. The 10-year break-even rate, which acts as a gauge of the bond market’s outlook for U.K. price growth, dropped to its lowest level since 2009 following a slump in oil prices to the least in 12 years.

“The fall in oil prices and the decline in the pound simply has to be reflected in the forecasts,” said Esther Reichelt, a Frankfurt-based strategist at the German bank. “It’s nothing the Bank of England can ignore and recent data are rather disappointing. The headwinds to the British economy have definitely increased.”

The U.K. currency was undercut by banks pushing out their expectations for when the BOE will raise interest rates. The prospect of an entrenchment of record-low rates and a possible British exit from the European Union has added to the risks stacking up against the pound, which has seen banks across Europe slashing their forecasts. BOE Governor Mark Carney is scheduled to speak on Jan. 19.

The annual inflation rate will rise to 0.2 percent in December from 0.1 percent the previous month, according to the medium forecast of economists surveyed by Bloomberg. Weekly earnings will slow in the three months through November, while retail sales are forecast to have contracted last month, surveys show.

“We expect retail sales to come in weaker than expected, but importantly there is also the dynamics of earnings to be looked at,” said Roberto Mialich, a senior foreign-exchange strategist at UniCredit SpA in Milan. The market expects wage growth to decline “so clearly the near-term future for sterling will worsen and remain weak,” he said.