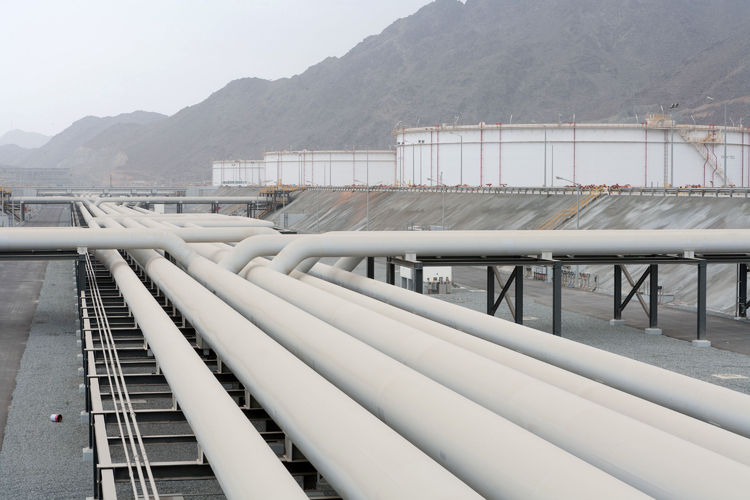 The Organisation of Petroleum Exporting Countries has highlighted the need for more refining facilities in Nigeria and other African countries to meet their growing demand for petroleum products.

OPEC, in its 2015 World Oil Outlook, said the inability to keep regional refinery output in line with growing product demand had led to sustained growth in product imports across the African continent.

“Africa is well positioned for downstream capacity additions. Currently, the region imports around 30 per cent of the refined products it consumes. This makes it, in relative terms, by far the largest net product-importing region,” the organisation stated.

The situation exists not only due to insufficient ‘nameplate’ refining capacity, but also because of very low utilisation rates in many of its facilities, the report said.

“With oil demand in the region continuing to grow and with many countries having domestic crude oil available for processing, there is evidently the need and potential for more refining facilities,” it added.

According to OPEC, there are currently only a few projects under construction or in an advanced planning stage in Africa. The largest project under construction is Angola’s Lobito refinery, which will result in the addition of 120,000 barrels per day of capacity coming on stream in 2019. The original design capacity of 200,000 bpd will be reached after the completion of the project’s second phase.

It noted that some capacity expansion could be forthcoming in Nigeria by 2020, either through the rehabilitation of existing refineries – in part to raise their utilisation rates – or through grassroots projects.

Only one of the nation’s four refineries, with a combined capacity of 445,000 bpd, is currently producing petroleum products.

The report stated, “Several refining projects have been announced and Nigeria is currently seeking partnerships with foreign investors for their implementation. However, as of the completion of this outlook, no final decision has been made yet regarding either capacity or timing.

“One project that may materialise in the medium-term is the grassroots 500,000 bpd Dangote refinery and the associated greenfield fertiliser plant in Lagos, Nigeria. If built, this refinery would be Nigeria’s first privately owned and operated refinery.”

According to the report, today, Africa has 46 refineries with a total distillation capacity of 3.3 million bpd.

“Except for Libya’s Ras Lanuf refinery, there are no refineries in Africa with integrated petrochemical production, though some refineries have facilities for lubes and asphalt production,” the report added.

Naira Strengthens Against US Dollar at Parallel Market

“Investors remained bullish as supply disruptions in the United States from hurricanes are continuing for longer than expected at a time when demand is picking up due to easing lockdown measures and the wider rollouts of COVID-19 vaccination,” said Chiyoki Chen, chief analyst at Sunward Trading.

Hurricanes Ida and Nicholas, which swept through the U.S. Gulf of Mexico in August and September, damaged platforms, pipelines and processing hubs, shutting most offshore production for weeks.

Also weighing on supply, top African oil exporters Nigeria and Angola will struggle to boost output to their quotas set by the Organization of the Petroleum Exporting Countries (OPEC) until at least next year as underinvestment and nagging maintenance problems continue to hobble output, sources at their respective oil firms warn.

Their battle mirrors that of several other members of the OPEC+ group who curbed production in the past year to support prices when COVID-19 hit demand, but are now failing to ramp up output to meet soaring global fuel needs as economies recover.

Japan, the world’s fifth-biggest oil user, plans to lift a coronavirus state of emergency in all regions on Thursday as the number of new cases falls and the strain on the medical system eases, Economy Minister Yasutoshi Nishimura said.

“Oil demand could pick up by an additional 0.5 million barrels per day, or 0.5% of global oil supply, as high gas prices force a switch from gas to oil consumption,” Commonwealth Bank commodities analyst Vivek Dhar said in a note.

He added that energy prices could rally from here if the Northern Hemisphere winter proved colder than expected.

China is in the grip of a power crunch as a shortage of coal supplies, tougher emissions standards and strong demand from manufacturers and industry have pushed coal prices to record highs and triggered widespread curbs on usage.
Continue Reading