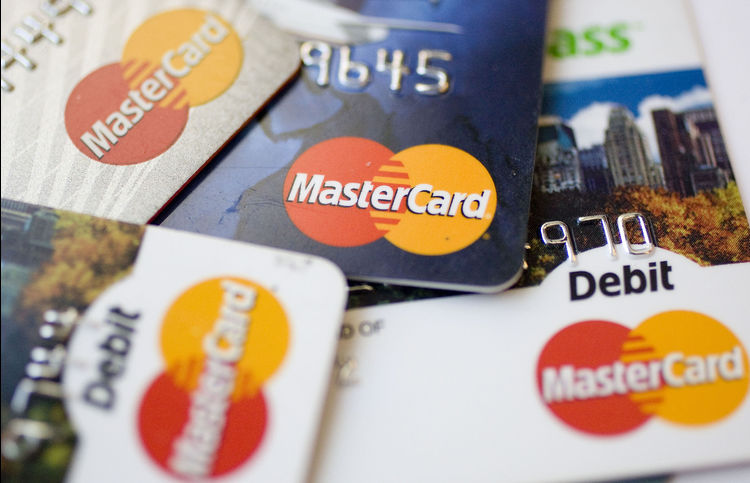 Nigerians abroad, mostly students, on Saturday took to the streets to protest against Deposit Money Banks’ proposed ban on naira-denominated Automated Teller Machine cards for dollar-denominated transactions when users are outside the country.

The banks will not allow their customers to use naira-denominated ATM cards locally for transactions denominated in forex.

This means that bank customers will not be able to use their cards to buy products from foreign e-commerce sites like e-bay and amazon.com in which payments are made in forex.

Different photographs of placard-carrying protesters had gone viral on the Internet on Saturday, in which the youths stated that they needed the payment cards to survive.

Various websites and blogs that published the photos however did not give the details of the protesters’ location.

In one of the photographs, a lady who held a Nigerian flag had displayed a placard that read, “My father is a successful palm wine tapper. He is not a corrupt thief. We need our naira ATM (card).”

In another photograph, a male youth had also said in his placard, “CBN Governor, why? Can you not advise Buhari? We need our naira ATM cards to survive.”

Another held a placard in another photograph which also read, “My father is not a politician or government thief. He is only a businessman. I need my naira ATM (card).”

The Nigerians in the Diaspora also protested against the slashing of transaction allowance of their dollar-denominated debit and credit cards.

In a group photo, a lady said, “Nigerian students abroad need their naira MasterCard (ATM) to survive,” while a man who wrapped himself with Nigerian flag wrote on his placard, “$1000/month on ATM/POS/online does not cover hospital bills.”

According to findings by our correspondent, Ecobank Nigeria Plc has reduced its limit from $50,000 to $5,000, with a maximum of $500 monthly and $100 daily expenditure.

Although other banks have yet to confirm their new international card spending limits, findings by our correspondent revealed that the new limits for most of them ranged from $5,000 to $15,000 annually, and $500 to $1,000 monthly.

The DMBs in the country are said to be recording unprecedented foreign exchange bills, owing to heavy and frequent use of payment cards by their customers who travel abroad.