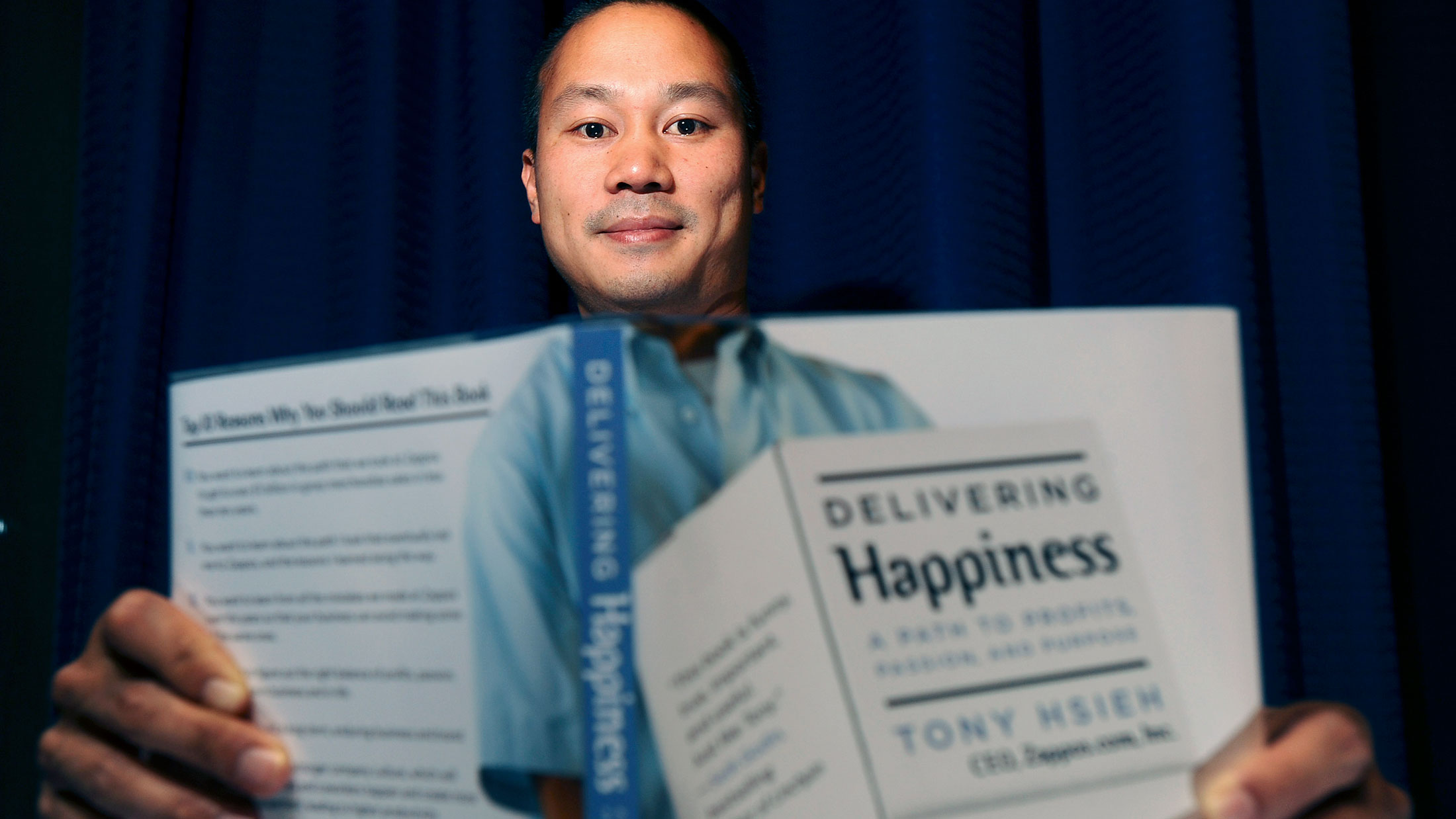 When Mr. DeVonTae Brown showed up for the orientation for his new job, he virtually knew nothing about the management discipline of Holacracy.

According to him, he was sure it meant nothing, but three weeks into the online shoe retailer’s month-long onboarding slog, Brown has been converted into the avant-garde management strategy.

The traditional office top to bottom hierarchy or structure has been replaced with Holacracy, which is a complete system for self-organization. Here employees do not take the usual job titles but, take on roles that help in creating autonomy over the work they do.

So far, over 300 organizations have dabbled with Holacracy at one point or the other in the last ten years, included in this list is a part of Washington state government, productivity guru, David Allen’s company as well. The largest and most popular company to embrace this philosophy holistically is Zappos.

After transitioning over the last 18 months, many accounts of this new means of running the company haven’t been palatable. Not everyone at Zappos, the Amazon-owned shoe retailer, shares the enthusiasm of the Chief Executive Officer, Tony Hsieh, of giving up the high sort after positions on the corporate ladder.

Most of the company’s employees left rather than join the strange order. They were paid off with a severance pay equalling three month’s pay,

Just about 14 percent of the Zappos workforce stayed on board, much-expressing skepticism about how Holacracy will help their jobs positively.

According to reports, Hsieh, has extended an attractive buyout, which is known as the SuperCloud offer, to a smaller group of workers, giving them till the end of the year to make a decision.
Over 200 employees at Zappos had a taste of Holacracy and chose to opt-out. The question remains; what happens to the new Zappos employees opting in?

The old two-week indoctrination orientation has since evolved into a four-week undertaking. After the first week, Zappos offers the new employees a one-month buyout salary if they want to opt-out. Employees who came to work later than 7 am are fired on the spot and were forced to take a final exam bypassing 90 percent of the questions. Those who fell short were sacked.

Standard orientation now involves a two-week mandatory telephone training, even for jobs that are not customer service related.

Megan Petrini, the new-hire trainer said the reason for this training was to understand the culture which aids in understanding real jobs.

A new addition by Zappos to the already long orientation process, Holacracy education, takes place over a three-day period. During the first official discussion of Holacracy, a three-hour lecture comes up in the second week of orientation.

The word Holacracy at this point for the new employees is not so new. Everything about the process is exposed to the employee’s right from the job selection process.

DLM Asset Management, a DLM Capital Group subsidiary, has launched its Child Education Plan. This aligns with the firm’s commitment to providing opportunities for parents/guardians to secure the education of their children or wards through effective planning and sustainable investments.

The DLM Child Education Plan aims to provide parents and guardians with an easy and appropriate way to handle the burdens of tuition payment through efficient planning and long-term investments.

In other words, it is a suitable and flexible investment plan that enables parents/guardians to plan and fund their children’s education from kindergarten to tertiary levels.

The DLM Child Education Plan allows you plan and invest in your children’s education on a monthly, quarterly, or annual basis.

The company explained that the Child Education Plan also allows investors to tailor their plans according to their specific needs or situations.

Furthermore, the DLM Child Education Plan provides the option of working with an advisor who will provide relevant and useful information while guiding the client through the entire planning process.

Speaking about the new product, George Aniegbunem, Head DLM Asset Management, stated, “Despite the recent economic meltdown, most parents and guardians will agree that the importance of education cannot be overstated.”

As a result, the DLM Child Education Plan was implemented to provide a sustainable and dependable plan for funding a child’s education at all levels of education (mostly primary, secondary, and tertiary levels).

Indeed, the current economic situation and high inflation rate have put tremendous strain on many families; thus, we are here to help with strategies that would provide a suitable plan, financial literacy, and the ease of funding children’s education in a seamless manner’’.

FBN Holdings, one of the largest banking and financial services organizations in Africa has announced the appointments of two executive directors based on the board approval.

FBN Holdings, one of the largest banking and financial services organizations in Africa has announced the appointments of two executive directors based on the board approval.

The board approved the appointment of Mr. Samson Oyewale Ariyibi as an Executive director, Investment Management and Oversight of FBN Holdings Plc while Mr. Patrick Iyamabo was appointed as an Executive Director, Chief Financial Officer (CFO) of the flagship subsidiary, First Bank of Nigeria Limited.

Mr. Samson Oyewale Ariyibi is an award winning professor with about 32 years work experience, spanning bank and allied financial services, business assurance, tax management and consulting, having served in senior management roles at various global organizations and proudly Nigerian companies including, Ernst and Young(EY), Pricewaterhousecoopers, Standard Chartered Bank and Transnational Corporation of Nigeria (TRANSCORP) where he was the chief financial officer prior to joining FBN Holdings.

Oyewale Joined FBN holdings September 2013, as the pioneer Head of Finance. He was promoted to General Manager and appointed as the Chief Financial Officer in 2016. He holds a Bachelor’s degree second class honors upper division in Microbiology from the University of Ilorin and a master’s of business administration (MBA) marketing from the University of Lagos. He is a fellow of the institute of chartered accountants of Nigeria (FCA), Associate of the Chartered Institute of Taxation (ACIT) the Chartered Pension Institute of Nigeria (CPIN) and the Institute of Directors (IOD) of Nigeria. He is an alumnus of the advance management Programme of the Kellogg school of Management at Northwestern University and has attended several local and international workshops, conferences and executive training programs.

Patrick Iyamabo is the Chief Financial officer of First Bank of Nigeria limited and it’s subsidiaries. Prior to joining First Bank in 2016, he was a senior Vice President of strategy and M&A at First City Monument Bank(FCMB) Limited, and then the Group Chief of Financial Officer of FCMB Holdings Plc. Patrick has over 27 years professional experience in assurance and risk management, business development, accounting and finance with Nigerian and multinational institutions both within and outside the country.

Earlier in his career, he also worked with Pfizer in Lagos and New York.

Patrick also worked at Arthur and Andersen (AA) as auditor and strategy consultant, where he was also a co founding member of the information risk Management practice of AA. At various times, Patrick worked Booz Allen Hamilton in New York and LEK Consulting in Boston, providing Strategic management and specialized corporate finance services to private and listed companies.

Mr. Bamisebi is a seasoned professional with over 2 decades of experience spanning across information technology, consultancy, project management, talent management and development, application development as well as strategy and automation.

He has a robust Pan-African experience having managed information technology across 22 African countries in consulting, telecom, oil and gas, banking and fintech sectors.

Prior to his appointment, Mr. Bamisebi was Managing Director of FinServe Africa (Fintech arm of Kenya-based Equity Bank) and the Group Director for IT & Operations for Equity Group Holding Limited (EGHL), Kenya. Before joining EGHL in April 2019, he was the Group Chief Information Officer at the defunct Diamond Bank Plc where he resigned as a Deputy General Manager.

Mr. Bamisebi holds a Higher National Diploma in Computer Science from The Polytechnic Ibadan and two bachelor’s degrees, one in Accounting from Olabisi Onabanjo University and the other in Computing & Information Technology from the University of Derby, UK. He also obtained a master’s degree in Business Administration from Durham Business School, UK and is currently undertaking a doctorate degree in Global Strategy.

Commenting on this appointment, Mr. Osunkoya, the Chairman of the Corporation said; “Mr. Bamisebi has been selected based on his exceptionally rich, professional, academic and corporate board experience which is relevant to the needs of the Board.

“We are strongly convinced that he would be a strong contributor to the attainment of the Corporation’s strategic vision of building a globally connected community and ecosystem, inspired by Africa for the world”

The appointment notice was updated on Nigerian Exchange Group and signed by Mr. Sunday Ekwochi the company’s secretary.