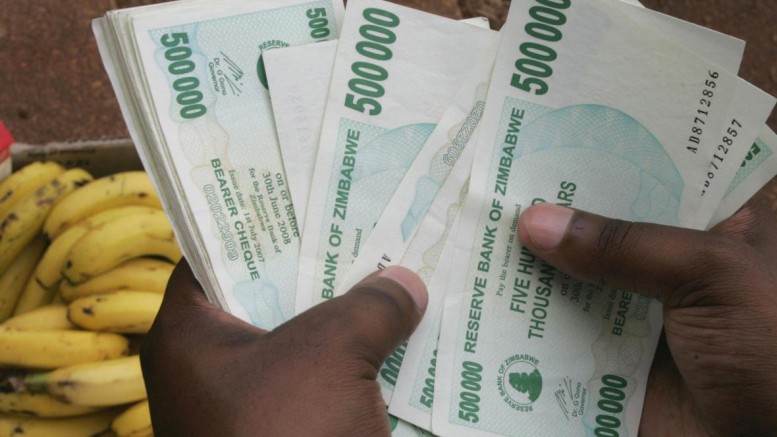 A man counts money to buy bananas in Harare, Zimbabwe, in 2008.

Zimbabwe plans to cut 25,000 government jobs, or more than 8 percent of civil servants, to reduce a wage bill that consumes almost 97 percent of the budget.

The Finance Ministry wants to trim the number of state workers to 273,000, which will reduce the proportion of salaries to total revenue to 75 percent by December 2017, according to a budget document. While still high, it will be a “significant improvement on the current unsustainable situation,” the ministry said.

“We have started the process of auditing of civil servants so that we can identify the number of people to be retrenched,” Priscah Mupfumira, Zimbabwe’s public service minister, said by phone Friday. The government has implemented a ”freeze on all new appointments,” she said.

The latest push comes after previous attempts to trim government employees were thwarted by President Robert Mugabe’s cabinet, even as the percentage of revenue gobbled up by pay climbed from 83 percent earlier this year. Finance Minister Patrick Chinamasa told parliament on Thursday that some wages would likely go unpaid later this year because money may not be available. Civil servants and soldiers have repeatedly been paid late in recent months as the government struggled to meet scheduled paydays, sparking protests including a strike on July 6 that shut down much of Zimbabwe.

The southern African nation is experiencing its worst economic crisis since the hyper-inflationary period that peaked in 2008, when inflation soared to 500 billion percent, according to the International Monetary Fund. Now, after it switched to use of the U.S. dollar in 2009, a shortage of currency, deflation and unemployment of about 90 percent have plunged the country back into crisis.

Be the first to comment on "Zimbabwe Plans to Cut 25,000 State Jobs to Trim Wage Bill" 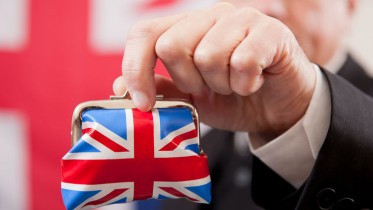 Current-account gap climbs to 5.9% of GDP from 5.7% in 1Q GDP growth revised to 0.7% on the back of services, investment The U.K. current-account…