Crude Oil, Brent Crude in particular, is projected to fall to $40 per barrel or below in the first quarter of 2018, except the Organisation for Petroleum Exporting Countries (OPEC) implements a deeper cut in oil production. This is according to the prediction of an oil analyst at JBC Energy GmBH as reported by Bloomberg.

JBC Energy GmBH provides consulting, research, and training services for businesses, governments, and organisations operating in the energy sector in Austria and internationally. The company offers analytical and unbiased information, commentary, and advice on current and future developments in oil, gas, and alternative fuel markets; market analysis in a range of regular reports.

This is coming on the heels of rise in the cartel’s output by 340,000 barrels per day in June to 32.6 mbd, which has been described as the highest level in 2017, after Saudi flows increased and Libya and Nigeria, spared from supply cuts, pumped at stronger rates. According to Oil Market Report (OMR) for July, released by International Energy Agency (IEA) higher output from members bound by the production pact knocked compliance to 78 per cent in June, the lowest rate during the first six months of the agreement.

According to the analyst, Richard Gorry, who is the Managing Director at JBC Energy Asia, with the momentum of supply flows globally and weak demands months later, additional cut in output may be required to consolidate the earlier ones that had been implemented to avoid the price of Brent crude dropping to $40/bbl or below in the first quarter of 2018. OPEC was reported earlier by Bloomberg to have quietly opened the tap. According to the report, OPEC’s resolve to stick to promised supply cuts stumbled in June, the sixth month in its long-haul gambit to erode a world oil glut and boost prices. Total compliance within OPEC slipped below 100 percent, back to levels seen in February, dragged down by rising production in Angola, Iraq and Saudi Arabia.

The 21 nations participating in supply cuts are collectively trying to reduce output by almost 1.8 mbd, in most cases using October levels as the starting point. Iran was given a target that allowed a modest increase while two other OPEC nations, Libya and Nigeria, are exempt and have steadily ramped up production this year. However, just few days ago, Nigeria agreed to cap its oil production at 1.8m barrels per day after an extensive meeting of OPEC and Non-OPEC members. By so doing, Nigeria cutting off 400,000 barrels per day from its budget benchmark of 2.2 mbd.

In his analysis, Gorry estimated that,the benchmark for more than half the world’s oil might end 2017 between $45 and $47/bbl, after which the market might turn “very tricky,” He posited that, while prices were being supported by recent U.S. inventory draws amid the summer driving season when fuel demand typically peaks, that trend will reverse from early-September as consumption weakens.

“Brent could go to $40 and even below,” Bloomberg quoted Gorry to have said in an interview in Singapore recently. “That’s not necessarily what we’re forecasting, but we don’t know where exactly the market is going to trade and how bearish it’s going to be.”

JBC is flagging the risk of a drop in prices as the OPEC and some partner nations grapple with the implementation of output curbs aimed at easing a global glut. At a meeting earlier this week in St. Petersburg, Saudi Arabia promised deep cuts to crude exports next month, emphasising its commitment to eliminating the oversupply even as fellow OPEC members Libya and Nigeria were told they are free to keep increasing production.

“If OPEC stays the same and we have the same output restrictions even in the first quarter, we’re looking at a lot of surplus in the market,” Gorry was quoted to have said. “To really tighten the market, OPEC will have to cut more, and I don’t know if they want to do that.”

Oil slumped into a bear market last month, after giving up most of the gains it made following OPEC’s agreement late last year to begin cuts from January. Beyond the renewed focus on exports, the St. Petersburg meeting made no changes to the supply deal to correct that underwhelming performance.

Still, crude has climbed about 10 per cent over the past month as U.S. inventories have shown signs of declining. Demand may slow after September, while oil output from producers in Brazil, Kazakhstan, West Africa and central Europe is set to rise in the first half of next year, Gorry said.

U.S. output is continuing to ramp up, with the nation pumping 9.4 million barrels daily, close to the record 9.6 million barrels’ levels seen in 2015. American production may again rise to 9.6 mbpd by the end of 2017, according to Gorry. Asia-Pacific is the only region that will see output declines as China shuts wells, he said.

According to the July OMR, global oil supply rose by 720,000 bd in June to 97.46 mbd as producers opened the taps. Output stood 1.2 mbd above a year ago with non-OPEC firmly back in growth mode. The report noted that the substantial recovery in Libya and Nigeria diluted OPEC’s actual supply cut of 920,000 bd in June to just 470,000 bd. “If Libya can sustain still higher flows during July and Nigeria posts even a slight improvement, OPEC’s cut could be eroded to less than 300,000bd.”

The OMR also pointed that, “The call on OPEC crude is forecast to rise steadily through 2017 and reach 33.6 mbd during the final quarter of this year, up 1 mbd on June output. Provided there is strong compliance with OPEC’s cuts, that would imply a hefty stock draw, even if Libya and Nigeria recover further.

For the Non-OPEC, their supply rose by 380,000 bd in June on seasonally higher biofuels output and as Canadian oil production recovered after outages, the OMR revealed. “At 58 mbd, non-OPEC supply was 1.3 mbd above a year earlier, with gains stemming primarily from the US and Canada, but with significant contributions also from Brazil and Kazakhstan.”

According to the report, “Compliance with agreed non-OPEC output curbs improved to 82 per cent in June, overtaking compliance from OPEC for the first time since the cut took effect in January. Over the first six months of output cuts, compliance for the group of ten, now excluding Equatorial Guinea who joined OPEC from 1 June, has averaged 61 per cent.”

Nevertheless, non-OPEC supply is seen expanding by 0.7 mbd in 2017 and 1.4 mbd next year, largely unchanged from last month’s report. “Growth will primarily come from the US, which is forecast to expand by 610,000 bd and 1. 045 mbd over 2017 and 2018, respectively. Other notable gains come from Brazil, Canada and Kazakhstan, while Mexico and China are expected to see the largest declines,” OMR noted.

Be the first to comment on "Without Deeper Output Cut, Crude Projected to Fall Below $40/bbl in Q1 2018" 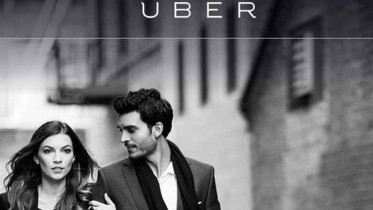 Uber to Set up 24-hour Hotline for UK Customers