Multiple negative growth recorded in the economy in 2016 has been identified as one of the reasons the Chinese government withheld a $20 billion concession loan earlier promised Nigeria upon due verification.

A top Presidency source privy to the development said the Federal Government had been hopeful that the Chinese government would release the loan last year, given the relationship between the two countries, but expressed disappointment that the money was withheld.

The action of China may well be an indication of the loss of confidence in Nigeria’s credit worthiness by the global financial community. Analysts have predicted that the current economic downturn would dent the country’s credit worthiness. The situation has increased the concern over Federal Government’s ability to borrow the $30billion for infrastructure development, which the National Assembly has refused to approve.

According to the source, government immediately swung into action after the President’s return from a visit to China as well as the follow-up visit of the Budget and National Planning Minister, Udo Udoma, to immediately fulfill the conditions for accessing the loan.

“We were very hopeful that we would secure that loan and other levels of assistance from the Chinese government. This is not to say we have given up though. We had set up an inter-ministerial committee working closely with the Chinese government officials as well as the China Exim Bank experts.

They may have their reasons, but we are determined to fulfill our end of the bargain, and the Federal Government has already appropriated large sums for payment of counterpart funds on key projects to enable us to commence work proper,” the source said.

In 2015, China had, at a summit of the Forum on China-Africa Cooperation (FOCAC) held in Johannesburg, South Africa, pledged a $60 billion assistance to countries on the continent, including Nigeria, to develop and grow their infrastructure and human development capacities.

The move was not surprising as China had remained the continent’s top trade partner for six consecutive years.

The Chinese government said $35 billion had been set aside for concessionary loans, out of which about $10 billion was to go into the China -Africa Fund for Production Capacity. About $5 billion each was earmarked as non-interest grants for China-Africa Development Fund, and special loan schemes for the development of Small and Medium-Scale Enterprises (SMEs) among qualified African countries. The funds were said to have been on ground for prompt disbursement.

The Federal Government had last year planned to raise a total of N2.2 trillion through external borrowings from China and other foreign finance institutions to fund the deficit in the 2016 budget, the implementation of which it said would continue till May 2017.

Unexpectedly, the nation’s Gross Domestic Product (GDP) – which measures the market value of all final goods and services produced in a period, suffered a steady decline from quarter to quarter in 2016, sending negative signals to investors and lowering Nigeria’s credit worthiness in the international financial market.

Hopeful that the concession loan and other categories of financial assistance from China would be approved early, President Muhammadu Buhari led a delegation to Beijing in April last year to make a strong case for the country.

This was, however, not to be, as the Chinese government was advised by its economic experts who visited Nigeria for physical assessments to exercise caution, citing the shrinking economy and falling value of the naira.

They also alluded to high risks in diverting the loan to projects not specified in the agreement and requested a direct monitoring of the projects, in addition to the need for full compilation of all current trade agreements between the two countries till date.

A team of experts from China Exim Bank had also expressed fear of possible mismanagement of the funds and requested an overhaul of some of the priority areas presented by the Federal Government for closer study on their viability and sustainability.

The Chinese financial experts, it was further learnt, expressed reservations about some areas the Federal Government was keen on investing the loan, saying they did not fall in line with the FOCAC vision.

However, a ministry official, who pleaded anonymity said, “All appropriate loan prospecting options by the Federal Ministry of Finance are on course, and are undergoing normal process of negotiation,” without giving further details.

The National Assembly has refused to approve the $30 billion worth of loans until the executive provides details of what they are meant for, even as there are speculations that the refusal was more political than economic as the executive had opposed the provision for constituency projects in the budget. 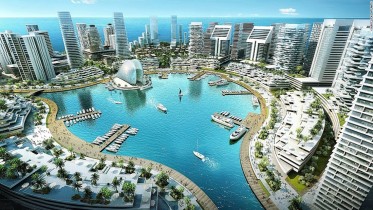