August, who spoke at the 17th Annual Aret Adams Memorial Lecture in Lagos, with the theme, ‘Nigeria’s economy after oil: How prepared are we?’, made the statement on Tuesday.

“The biggest culprits with respect to tax evasion are the wealthy 0.1% of the population (or 200,000 individuals) who ought to self-assess themselves to tax but fail to do so. The focus should be on them, not businesses and those in employment who are already largely compliant.

“They should enforce by auditing a sample of individuals; if they have underpaid, ask them to pay such amounts plus a stiff penalty. If they fail, impound their assets, sell and pay government. Don’t waste taxpayers’ money throwing anyone into jail and start feeding him.”

According to him, there was a need to up non-oil tax revenues in Nigeria because non-oil taxes collected by the government in the last five years averaged four percent of national income.

He said, “In Angola, it was eight per cent; Ghana, 16 per cent; Kenya, 18 per cent; South Africa, 24 per cent, and in the OECD countries, 32 per cent. The World Bank says a nation cannot grow meaningfully if tax revenue is less than 15 per cent of national income.

“Why is Nigeria generating significantly lower tax revenues than other key economies in sub-Saharan Africa? In my opinion, it is largely due to poor tax compliance in Nigeria.

“What if Nigeria were able to increase non-oil tax revenue to 15 per cent of national income? This means that Nigeria will generate an additional N14.4tn in revenues every year.”

He added that to raise the level of non-oil tax revenue, the government should concentrate on Personal Income Tax, Value Added Tax and Companies’ Income Tax, and simplify the law.

“The next step is for Mr President to make his PIT returns public annually, then make it obligatory for all those want to work for him to do the same. He should then look at all of us in the face and say, ‘Woe betides you if you don’t comply going forward!’.” 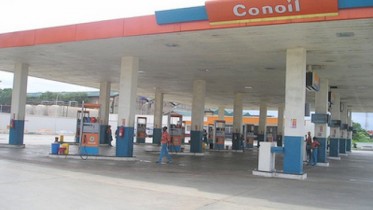 Bitcoin Drops Below $10,000 a Coin as China Cut Lending Rate