The World Bank Group, through the International Bank for Reconstruction and Development, has approved $60m grant for the implementation of rural and marketing projects in Ogun State.

It was learnt that the approval was for the World-Bank assisted Rural Access and Agricultural Marketing Project in the state, which is being done in conjunction with the state government through its counterpart funding.

The Project Coordinator, Samuel Onabanjo, who confirmed the approval to newsmen in Abuja on Thursday on the sidelines of the World Bank Appraisal Mission on Project Appraisal Document, said the Ogun State Government had released the sum of N713m as counterpart funds for the implementation of the project.

Onabanjo stated that the Federal Government was also included in the financing of the project, noting that the project had been on for three years, “while modalities for effective implementation were being worked out by the relevant stakeholders.”

He explained, “The World Bank and other donor agencies, including the International Bank for Reconstruction, have approved the sum of $60m grant for the implementation of the RAAMP project in Ogun State.

“The state governor, Ibikunle Amosun, had approved the sum of N344m for last year’s commitment, while the sum of N369m has been approved as 2018 counterpart funding for the project, which is expected to take off soon in the state.

“The government has also recruited workers and provided office accommodation for the officers who are working on the project.” 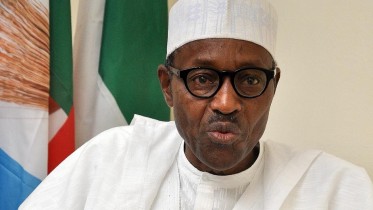 Nigerian president, Muhammadu Buhari for the first time presented a N6.08 trillion budget before a joint session of the National Assembly for the fiscal year…