The US Department of Justice has gone to court seeking the forfeiture and recovery of approximately $144 million of Nigerian assets allegedly laundered in and through the United States.

The department filed a complaint alleging that Nigerian businessmen, Kolawole Akanni Aluko and Olajide Omokore, conspired with others to pay bribes to former Minister for Petroleum Resources, Diezani Alison-Madueke.

In return for these improper benefits, Alison-Madueke allegedly used her influence to steer lucrative oil contracts to companies owned by Aluko and Omokore.

The complainants alleged that the proceeds of the illicitly awarded contracts were subsequently laundered in and through the US. and used to purchase various assets subject to seizure and forfeiture, including a $50 million condominium located in one of Manhattan’s most expensive buildings – 157 W. 57th Street – and the Galactica Star, an $80 million yacht.

“The United States is not a safe haven for the proceeds of corruption,” Acting Assistant Attorney General Blanco said.

Under the SAAs, the Atlantic Companies were required to finance the exploration and production operations of eight on-shore oil and gas blocks. In return for financing these operations, the companies expected to receive a portion of the oil and gas produced.

However, according to the complaint, the Atlantic Companies provided only a fraction of the required financing, or in some instances, failed entirely to provide it. The companies also failed to meet other obligations under the SAAs, including the payment of $120 million entry fee.

Yet they were permitted to lift and sell more than $1.5 billion worth of Nigerian crude oil. The US. government contends that the Atlantic Companies used a series of shell companies and intermediaries to launder a portion of the total proceeds of these arrangements into and through the US. 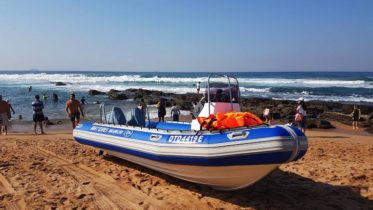 Traffic Gridlock: Lagos To Acquire More Ferries As part of efforts to reduce the traffic congestion on Lagos roads, the State Ferry Services Corporation has…