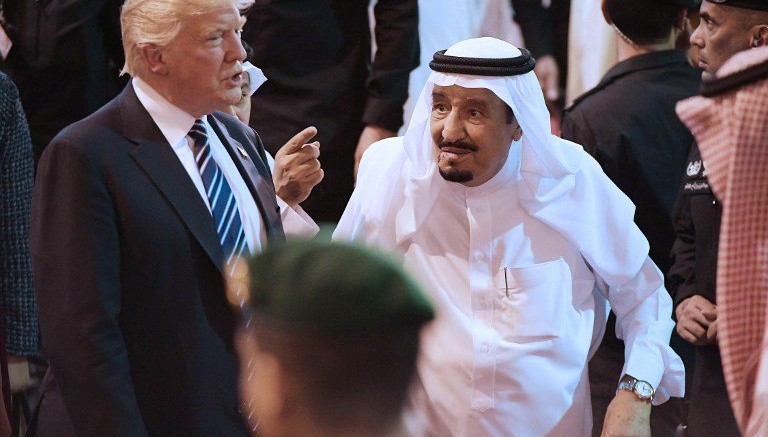 US President Donald Trump and Saudi Arabia's King Salman bin Abdulaziz al-Saud take part in a welcome ceremony ahead of a banquet at Murabba Palace.

Washington has agreed arms deals with Saudi Arabia worth almost $110 billion, a White House official said Saturday, the first day of President Donald Trump’s visit to the traditional US ally.

“This package of defence equipment and services support the long-term security of Saudi Arabia and the Gulf region in the face of Iranian threats,” the official said.

It will also bolster the kingdom’s “ability to contribute to counter-terrorism operations across the region, reducing the burden on the US military to conduct those operations,” the official added.

Trump and Secretary of State Rex Tillerson “will attend a signing ceremony” for the deals, the official said.

The official described the agreements as “a significant expansion of the over seven-decade-long security relationship between the United States and the Kingdom of Saudi Arabia.”

The official did not provide details of the agreements with Riyadh, which is one of the world’s biggest defence spenders.

A preliminary deal worth $6 billion to assemble 150 Lockheed Martin Blackhawk helicopters in Saudi Arabia was separately announced at the Saudi-US CEO Forum held in Riyadh during Trump’s visit.

The programme to “support the final assembly and completion of an estimated 150 S-70 Black Hawk utility helicopters” will support around 450 jobs in the kingdom, said a forum statement.

US defence contractors are major suppliers of weapons to Saudi Arabia, which for more than two years has led a coalition conducting airstrikes and other operations against rebels in Yemen.

The new deals come despite mounting pressure on Washington from rights groups to stop arms sales to Riyadh, which has come under repeated criticism over civilian casualties in Yemen.

Saudi Arabia on Thursday announced the creation of new military industries firm as part of the kingdom’s efforts to boost defence production.

Be the first to comment on "US, Saudi Agree $110bn Arms Deals" 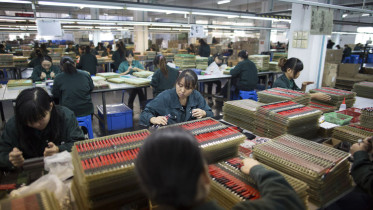 China Economic Growth Seen Slowing to 6.3 Percent Next Year: Economists China’s economic growth is expected to hit 6.6 percent this year and slow to…