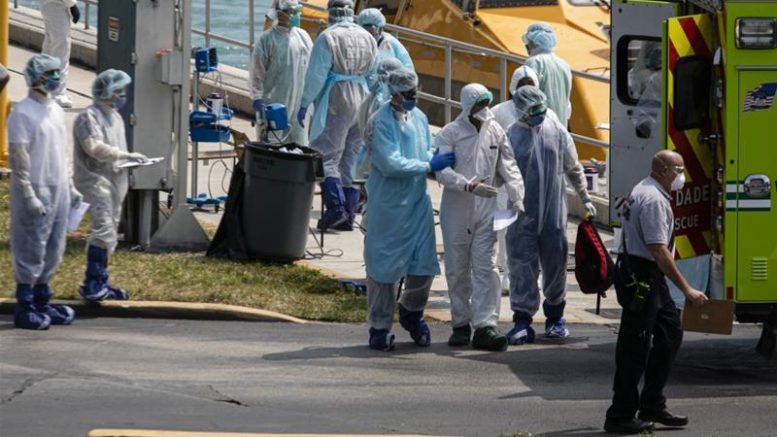 According to the latest report compiled by Johns Hopkins University, the US has overtaken both China (outbreak nation) and Italy with known cases of 81,782 and 80,589, respectively.

The report was after President Trump assured businesses and families that the nation would return to work “pretty quickly.”

Trump said: “They [the American people] have to go back to work, our country has to go back, our country is based on that and I think it’s going to happen pretty quickly.

He added: “A lot of people misinterpret when I say go back – they’re going to be practising as much as you can social distancing, and washing your hands and not shaking hands and all of the things we talked about.”

The world’s largest economy is not just struggling with fast-spreading coronavirus but also with a deteriorating economy amid surging unemployment rate after 3.3 million Americans filed applications for unemployment benefits in the week ended March 21.

Experts are predicting that the nation’s unemployment rate could hit 40 million by the summer of this year if the virus is not contained and Americans return back to work.

President Trump, in one of his responses to reporters, doubted numbers coming from China. He said: “You don’t know what the numbers are in China.”

He, however, tweeted later that he had a very good conversation with President Xi Jinping of China.

“China has been through much & has developed a strong understanding of the Virus. We are working closely together. Much respect!”, Trump tweeted.

Be the first to comment on "US Confirmed Cases Rise to 85,500, Highest Globally"