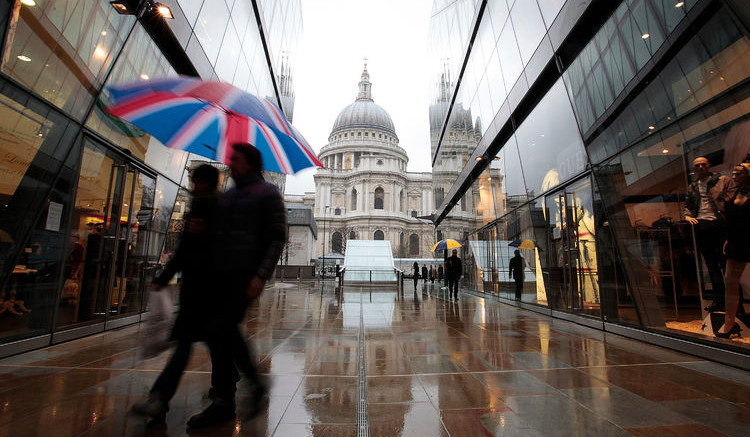 U.K. retail sales unexpectedly fell for a third month in January, suggesting consumers are starting to feel the squeeze from accelerating inflation.

The volume of goods sold in stores and online declined 0.3 percent following a 2.1 percent plunge in December, the Office for National Statistics said on Friday. The fall confounded market expectations for a 1 percent increase. In the three months through January, sales dropped 0.4 percent, the worst quarterly performance since 2013.

The figures add to evidence that the long-awaited cooling in household spending is materializing as Britons find their purchasing power eroded by soaring prices. That threatens to hurt an economy that relies heavily on consumers for growth.

“It looks like the UK consumer’s remarkable post-Brexit resilience is finally coming to an end,” said James Smith, an economist at ING Bank NV in London. “It could be an increasingly tough 2017 for the U.K. consumer.”

Inflation hit 1.8 percent last month and is forecast to keep climbing through 2017 as the sharp drop in the pound since the Brexit vote boosts import costs. The price of retail goods sold in January, as measured by the deflator, increased on an annual basis by 1.9 percent, the biggest rise since mid-2013.

The data show “the first signs of a fall in the underlying trend since December 2013,” said ONS statistician Kate Davies. “The evidence suggests that increased prices in fuel and food are significant factors in this slowdown.”

In January, there were declines in sales of food, household goods and products bought online. That left sales just 1.5 percent higher than a year earlier, the weakest annual pace in more than three years. Sales excluding auto fuel fell 0.2 percent on the month.

The 2.1 percent drop in total sales in December was revised from a previous estimate of 1.9 percent and represented the biggest drop since May 2011.

While inflation is predicted by some economists to top 3 percent this year, wage growth remains anaemic at about 2.6 percent, putting real incomes on course for their worst year since 2013.

Other signs that the squeeze is taking its toll emerged in BOE figures last month showing a big drop in the amount borrowed by consumers in December. Investors now see a 13 percent chance that the BOE will raise its benchmark interest rate from a record-low 0.25 percent by the end of this year. That’s down from almost 50 percent at the start of the year.

Be the first to comment on "U.K. Retail Sales Unexpectedly Decline as Inflation Bites"