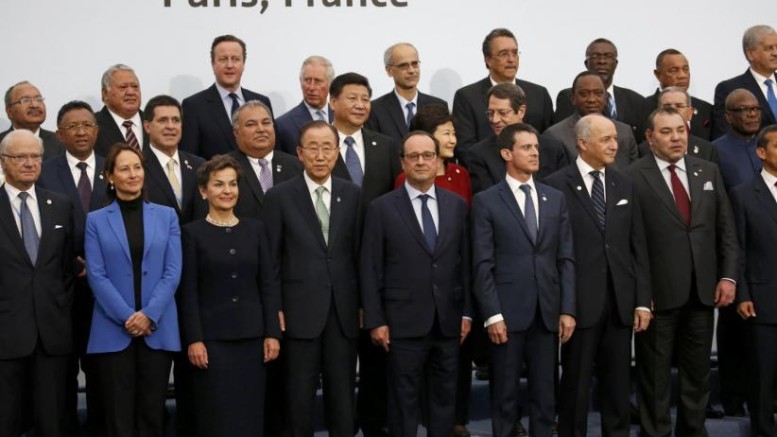 The response to President Donald Trump’s announcement he was exiting the Paris climate accord and wanted to renegotiate on his terms was immediate: The leaders of France, Germany and Italy said no.

Even the mayor of Pittsburgh, Pennsylvania — a city Trump highlighted as a beneficiary of his decision to turn his back on the global pact — vowed to abide by the Paris agreement.

Trump’s decision leaves him more alienated than ever, isolated on the world stage and increasingly embattled at home.

Coming against the backdrop of sprawling probes into ties between Russia and Trump’s campaign, the backlash threatens to sap the president’s power when he needs it most to advance domestic priorities such as tax reform and a health care overhaul while confronting an increasingly bellicose North Korea.

It’s a dramatic change in fortunes for the president after just 133 days in office. Business leaders no longer seem to fear Trump’s tweets; foreign leaders have moved from attempts to find rapport to direct confrontation.

Consider that in earlier days, a tweet about Ford Motor Co. shipping U.S. jobs to Mexico prompted the automaker to announce it was abandoning plans to build a $1.6 billion plant there.

Days after his election, Trump called the top executive of United Technologies Corp. and told him not to move jobs from a Carrier factory in Indianapolis to Mexico. Carrier partially relented, agreeing to keep 1,100 jobs in the U.S. in exchange for $7 million in tax breaks and incentives from the state. (Even so, 1,300 jobs are still going to Mexico.)

And in her first visit with Trump in Washington, German Chancellor Angela Merkel gamely tried to shake Trump’s hand during a photo opportunity, offering an optimistic assessment of the meeting despite the president’s persistent criticisms of her country.

“I’ve always said it’s much, much better to talk to one another and not about one another, and I think our conversation proved this,” she said afterwards.

There is none of that fear and trembling now.

After Trump’s announcement on Paris, Ford issued a statement asserting that “we believe climate change is real and remain deeply committed to reducing greenhouse gas emissions.” Company chairman Bill Ford, the man Trump once described as “my friend,” broke with the president over his executive order on immigration. And Ford still employs more than 7,000 workers in Mexico.

Although Carrier hasn’t announced a change to its plans, other companies are moving production south. And foreign leaders now game out how to try to one-up the president.

In his first meeting with Trump, French President Emmanuel Macron squeezed Trump’s hand so hard that the American’s knuckles turned white. And when the two chatted before cameras, Macron spoke only French. (He switched to English for his remarks with U.K. Prime Minister Theresa May).

After Trump’s announcement on Paris, Macron tweeted, “Make our planet great again,” and assured American scientists, engineers, entrepreneurs and “responsible citizens” they could find “a second homeland” in France.

Trump’s first foreign trip as president left fellow members of the North Atlantic Treaty Organization unsettled and wary, as well. Trump omitted any clear commitment to the alliance’s pledge of collective defense, leaving allies uncertain whether the U.S. would come to their aid if attacked.

Afterwards, unlike her White House visit, Merkel didn’t extol the benefits of discussion.

She told a beer-hall rally in Munich that Europe “really must take our fate into our own hands,” adding “this is what I have experienced in the last few days.”

Former Defense Secretary Leon Panetta said the combined weight of Trump’s NATO speech and his decision to leave the Paris agreement mark “the sad demise of a 70-year era of American global leadership.”

” ‘America First’ policies are threatening our strategic interests and eroding our moral standing in the world,” Panetta said in a statement.

To be sure, the Republican voters that elected Trump to the White House have not turned away from the president. Among Republicans, 87 percent say they approve of the job Trump is doing, according to Gallup’s most recent weekly poll. Trump’s job approval has fallen just slightly, from 45 percent just after his inauguration to 41 percent.

And congressional leaders upon whom Trump depends to advance his agenda endorsed his action. House Speaker Paul Ryan called the Paris agreement “a raw deal for America” and commended the decision. And Senate Majority Leader Mitch McConnell, a Republican from the coal-state of Kentucky, was more blunt: “I applaud President Trump and his administration for dealing yet another significant blow to the Obama administration’s assault on domestic energy production and jobs.”

The tone of Trump’s Rose Garden speech Thursday was unapologetic, evoking the inaugural address in which the president angrily lashed out at other countries playing the U.S. for a fool and vowed that “from this day forward, it’s going to be only America first.”

“The Paris agreement handicaps the United States economy in order to win praise from the very foreign capitals and global activists that have long sought to gain wealth at our country’s expense,” Trump said. “We don’t want other leaders and other countries laughing at us anymore.”

Trump did make an offer to renegotiate the Paris accord, but that was quickly rejected. Merkel, Macron and Italian President Sergio Mattarella issued a statement insisting that the agreement was “irreversible” and “cannot be renegotiated.”

And after the president said he was taking action to put the interests of Youngstown, Ohio; Detroit, Michigan; and Pittsburgh above those of Paris, Bill Peduto, Pittsburgh’s mayor, shot back that the city needed no such help: “I can assure you that we will follow the guidelines of the Paris agreement for our people, our economy and future.”

Debt: FSDH Urges FG to Issue Zero-coupon Bonds The FSDH Merchant Bank has suggested that the Federal Government should consider issuance of zero-coupon bonds to…