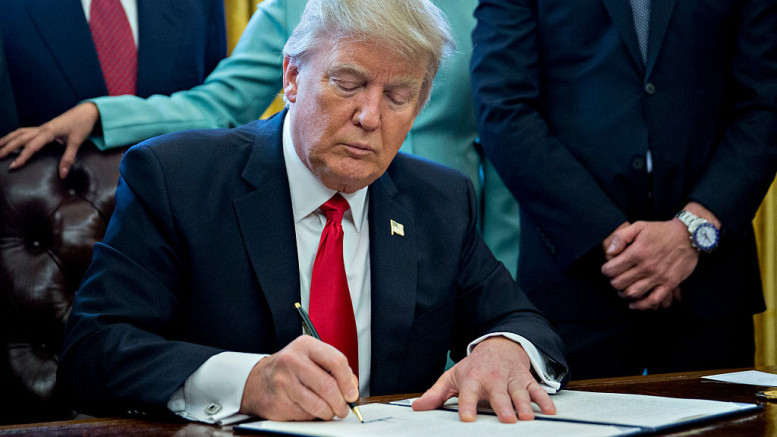 President Donald Trump will call on world leaders to confront North Korea and Iran in his first address to the United Nations on Tuesday, seeking a broad alliance against the two countries his administration considers the world’s gravest threats.

With his remarks, Trump will emphasize that the peril posed by North Korean and Iranian weapons programs is too great for any country to remain on the sidelines, according to two U.S. officials who previewed themes of the address on Monday. They declined to say what actions Trump will seek against either regime, nor would they say whether Trump plans to single out China or Russia as enablers of either state.

The president, who has already declared provocations by North Korea will be met with “fire and fury,” will communicate the depth of his determination to challenge both nations, the officials said. Trump sees the speech as a moment of enormous opportunity to rally the world to rein in North Korea and Iran’s weapons programs.

Trump’s debut at the UN — highlighted by his speech Tuesday to the General Assembly — is his most consequential moment yet on the global diplomatic stage, with more at stake than at the two economic summits he attended in Europe earlier this year. As he welcomes leaders from almost 200 nations, he’ll urge them in public and in private to join U.S. efforts opposing missile and nuclear programs in both North Korea and Iran.

Tensions have risen sharply with both nations since Trump took office and assumed a more confrontational posture than his predecessor, Barack Obama.

North Korea test-fired a ballistic missile with the range to reach the U.S. territory of Guam early on Friday, its latest in a series of provocations, and the Trump administration is seeking to extend and strengthen the Iranian nuclear deal that Obama signed and Trump has repeatedly maligned.

Trump said Monday the world will “‘see very soon” whether the U.S. withdraws from the Iranian nuclear deal. He faces an Oct. 15 deadline to inform Congress whether the U.S. will continue to certify Iran’s compliance with the international accord.

Trump will present his call for a collective stand against the two nations in the context of his “America First” foreign policy stance emphasizing the primacy of national sovereignty over global institutions such as the UN, said one of the administration officials, who spoke on condition of anonymity to discuss the president’s remarks before delivery. Trump will point out that his outlook is consistent with international cooperation because all countries place their own citizens’ needs first but recognize common dangers and opportunities, he said.

In the speech, expected to last 30-45 minutes, the U.S. president also will discuss the situation in Venezuela and international efforts to combat terrorism, referring to terrorists as “losers,” as he did during a visit to the Middle East in May, the administration officials said.

Be the first to comment on "Trump Will Call for Action on North Korea, Iran in First UN Address"

COVID19: CBN Plans Over N3.5trn Stimulus Package The Central Bank of Nigeria (CBN) on Saturday announced series of stimulus packages to reduce the impacts of…