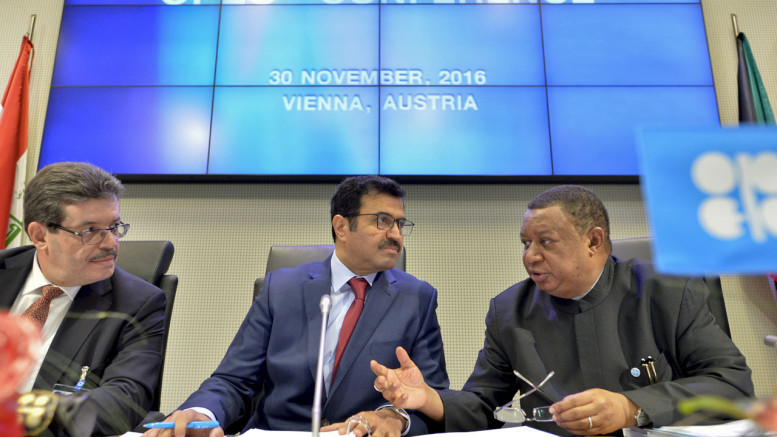 OPEC Secretary General Nigerian Mohammed Barkindo (R), the Chairman of the OPEC Board of Governors Algerian Mohamed Hamel (L) and the President of the Organisation of Petroleum Exporting Countries (OPEC) Mohammed bin Saleh al-Sada (C) attend a meeting of the Organization of the Petroleum Exporting Countries, OPEC, at the OPEC headquarters in Vienna, Austria on November 30, 2016. OPEC sought to defy expectations and finalise a deal reducing its oil output for the first time in eight years, in an effort to boost painfully low crude prices. / AFP PHOTO / APA / HERBERT NEUBAUER / Austria OUT

Oil prices rose on Monday after a survey by Reuters showed OPEC supply fell to a four year low in February and reports that the United States and China are close to a deal.

The uncertainty surrounding OPEC nations is aiding oil prices as Nigeria announced a 150,000 barrels per day drop in its crude supply on Monday following signs the U.S crude supply may drop below 12 million barrels a day.

“OPEC exports are off by over 1.5 million barrels per day (bpd) since November,” Barclays bank said in a note released on Sunday.

“The supply picture looks generally tighter this year,” said energy analysts at Fitch Solutions in a note on Monday, adding they expected Brent to average 73 dollars per barrel in 2019.

Another contributing factor to the surge in oil demand is the report that the U.S. and China, the largest importer of global crude oil, are about to put an end to their trade dispute.

“Oil prices are taking their cues from a flurry of buying on global stock markets as the U.S. and China inch closer to ending their trade dispute,” analysts at PVM Oil Associates Ltd. said in a note to clients. 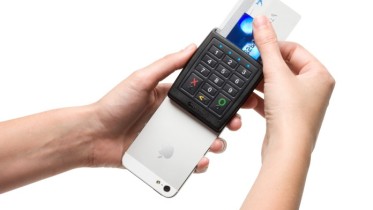