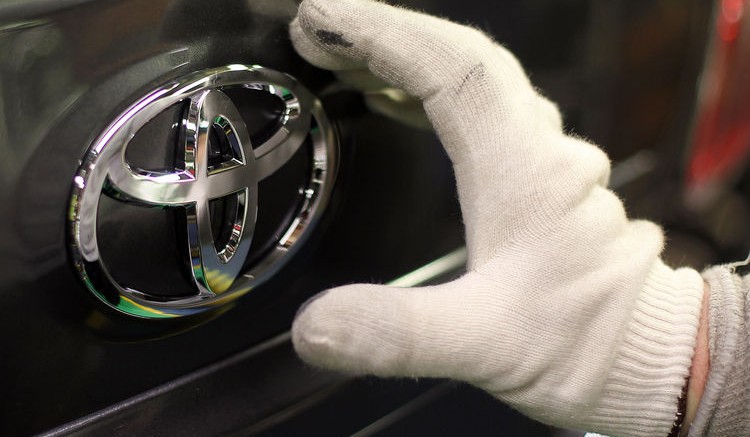 Toyota says it is ready to spend $10bn to lead the electric vehicle production and sale globally from next year.

Nigeria may also be a beneficiary of the huge investment with the commitment of the National Automotive Design and Development Council towards the sale of electric vehicles in the country.

Already, the NADDC’s Director-General, Jelani Aliyu, has hinted that the agency is developing an electric car policy to prepare the nation for the production of such vehicles.

Long criticised as the laggard in the industry’s electric vehicle race, Toyota Motor Corporation is said to believe it has a shot at becoming a leader in the segment.

The about-face comes down to a battery breakthrough and new confidence that next-generation solid-state batteries will make EVs more practical.

A report by an online auto journal, Automotive News, quoted the automaker as confirming the N10bn EV investment. It recalled that Toyota last week proclaimed that it had found the final piece of the puzzle to make EVs feasible, and unveiled aggressive plans to roll out more than 10 EVs worldwide by the early 2020s.

The report stated, “The move is uncharacteristically bold for a company that doesn’t sell a single EV nameplate. If its strategy works, it could vault Toyota from the back of the pack to the forefront of the race for battery-powered cars.”

“It’s a dramatic change in stance,”

The Executive Vice President, Toyota Motors, Shigeki Terashi, said, “It’s a dramatic change in stance,” while unveiling the plan in Tokyo, adding, “We have filled the last piece of the puzzle to this grand picture.”

According to him, Toyota will introduce its first EV in China, and then gradually introduce others in Japan, India, the US and Europe. As part of a larger green-vehicle blitz, Toyota also said it would create electrified versions of every nameplate in the Toyota and Lexus line-ups by 2025.

It also quoted a Reuters’ report as revealing that China was leapfrogging over the US in its bid to take advantage of the automotive sector’s seismic shift toward electric vehicles.

Toyota has long argued that EVs would remain a niche segment because of their limited driving range, high costs and slow charging times.

But Toyota has changed gears as governments in China, Europe, India and elsewhere consider mandating eco-friendly vehicles to curb emissions and pollution.

The battery breakthrough will help it overcome some of the technological challenges, including energy density, cost and weight, Toyota now says. It intends to commercialize next-generation solid-state batteries in the early 2020s.

“The battery was the issue,” Terashi said. “It was the missing piece.”

Toyota now envisions a ramp-up to sell 5.5 million traditional hybrids, plug-in hybrids, EVs and hydrogen fuel cell vehicles by 2030. Contained in that target are sales of about one million EVs or fuel cell vehicles a year, accounting for at least 10 per cent of the company’s total global sales. That sales volume would represent more than twice the number of all zero-emission vehicles sold by all makers worldwide in 2016.

Terashi said the automaker would pour about $10bn into vehicle electrification from next year through 2030. Half of that will go toward battery development.

Toyota’s gambit is not without risks. The required development work could become a money pit if Toyota’s bet on the batteries – described as a Holy Grail next-generation technology by some – proves difficult.

According to the report, developing EVs to comply with regulations leaves Toyota more exposed to the vagaries of government policies around the world.

Toyota’s bullish targets are unusual for a company that loathes to overpromise and under-deliver. But the plans belie confidence in the new direction, analysts say.

“These are pretty bold statements for a company that has a conservative tack on things,” said Christopher Richter, senior auto analyst at the CLSA Asia-Pacific Markets. “They are playing catch-up, but the last six months have been very eye-opening. They are talking a whole lot more.”

Toyota accelerated its strategic change a year ago when it set up a division to tackle EV development. Things heated up barely 90 days ago when the company announced a joint venture with Mazda Motor Corporation and supplier Denso Corporation to co-develop architecture for the EVs.

Subaru and Suzuki are among other automakers that may join the project.

And this month, Toyota agreed with Japanese electronics giant Panasonic Corporation to jointly study development of high-performance batteries that can jump-start EV demand.

Terashi said the upcoming EV batteries needed to have much higher energy capacity than the batteries typically used in Toyota’s hybrids.

The Prius, for example, has a battery with 0.75 kilowatt-hours of energy capacity. EVs, by contrast, will need batteries packing 40 kWh.

Toyota’s foray comes only a month after it sounded a dire warning about the rapidly changing auto industry. Citing the crush of demands for electrification, autonomous driving and connectivity, Toyota said it faces a “now or never” competition “about surviving or dying” in the new era.

The rethinking represents a product shift at Japan’s biggest automaker, which has long favoured its trademark gasoline-electric hybrid technology over purely battery-powered systems.

It could catapult Toyota to the lead among Japanese automakers, including EV pioneer Nissan Motor Company.

Nissan, which introduced its Leaf EV in 2010, has yet to disclose specific plans for its expanded lineup of EVs. But with its global alliance partners, Renault and Mitsubishi, Nissan aims to introduce 12 new zero-emission EVs by 2022.

Honda Motor Company, also a longtime EV skeptic, has disclosed plans only for an EV in China beginning next year, and for another EV for Europe in 2019.

Toyota had remained cool to the EVs since 2014, when it pulled the plug on a deal to build electric Toyota RAV4 crossovers with Tesla Motors Inc.

That same year, Toyota finished deliveries of its other EV attempt, the pint-sized eQ, a battery-driven car based on the Scion iQ three-seater. Commitment to that car always had been half-hearted. In 2010, when Toyota announced the eQ, the company predicted it would sell thousands. But by 2012, Toyota said it would sell only about 100 in the US and Japan. 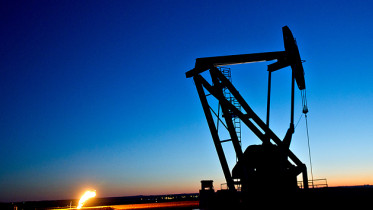 Oil Hits Lowest in a Year, Even as OPEC Considers Output Cut