In terms of volume traded, the financial services sector led with 618.714 million shares valued at N4.338 billion traded in 9,669 transactions. The sector contributed 64.33 percent and 47.25 percent to the total volume and value traded, respectively.

This was followed by the consumer goods sector with 91.119 million shares valued at N2.27 billion but exchanged in 3,703 deals. In the third place was the conglomerates’ industry with a total turnover of 60.640 million shares worth N62.779 million that were exchanged in 556 transactions.

Accordingly, First Bank of Nigeria Holdings Plc, Guaranty Trust Bank Plc and United Bank for Africa Plc led the bourse in terms of volume traded as the three accounted for a combined 275.099 million shares valued at N2.818 billion that investors traded in 3,497 transactions.

The three equities contributed 28.60 percent and 30.69 percent to the total volume and value traded, respectively.

The market capitalisation of listed equities depreciated by 1.99 percent or N257 billion from 12.952 trillion recorded in the previous week to N12.695 trillion last week. 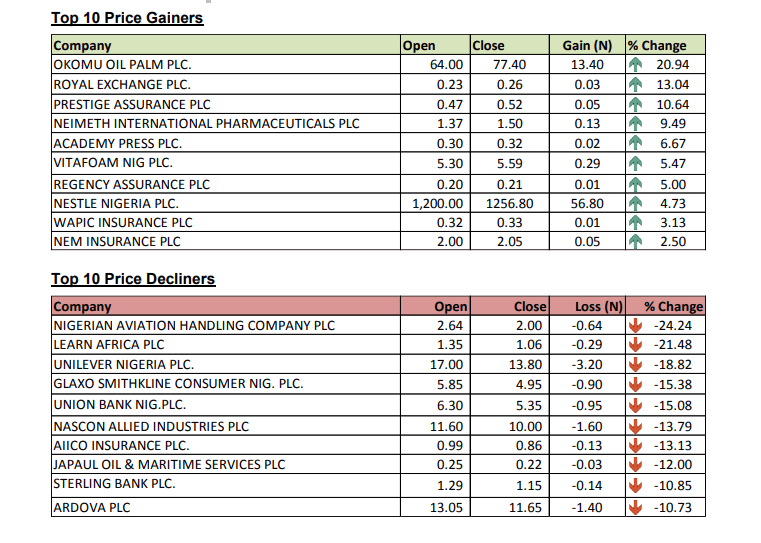 Stock investors gained N40 billion on Tuesday despite Total Nigeria, Ardova, Unilever and others closing in the red.

The market capitalisation of listed equities expanded by N40 billion from N12.919 trillion it closed on Monday to N12.959 trillion on Tuesday.

Investors traded 154.467 million shares valued at N1.458 billion in 4,222 transactions during the trading hours of Tuesday. See the details below.

Prof Oyewusi Ibidapo-Obe purchased the shares at N15.35 per share, according to the details of the transaction. See the details below. 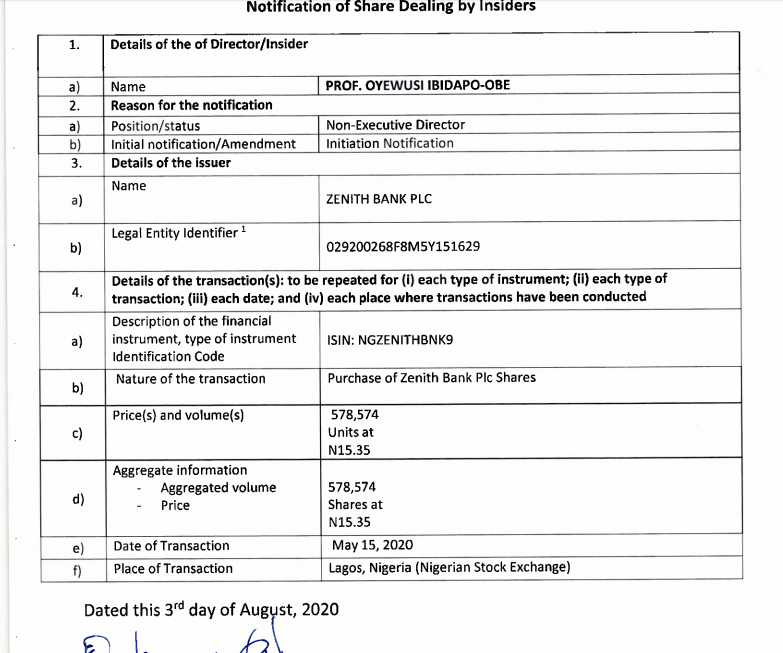 The Nigerian Stock Exchange closed slightly higher on Monday as stocks of Flour Mill, BUA Cement, GTbank and others boosted the Exchange.

The market capitalisation of listed equities expanded to N12.919 trillion while the NSE All-Share Index gained 0.29 percent to 24,766.2 basis points.