The disbursement of the N500bn London-Paris Club loan refund to states by the Federal Ministry of Finance is to commence this week, investigations have revealed.

Top government officials confided in our correspondent that the Minister of Finance, Mrs. Kemi Adeosun; and Governor of the Central Bank of Nigeria, Mr. Godwin Emefiele, would meet anytime soon over the modalities for the disbursement of the fund.

The official said, “We have received the President’s directive, which was issued last week, and we have already started working on the release of the fund; but of course, you know there are processes to be followed, which is what we are doing now.

“The minister will have to meet with the CBN governor to discuss the modalities for the release of the funds to the respective states and that will be done anytime from now. It is after that meeting that a payment mandate will be issued for the money to be credited to the respective accounts of the states.

“All these processes usually take between two and five working days, depending on the circumstances. So, by this week, the states will start getting the money, barring any last minute change in plans.”

It was gathered that the meeting between the CBN governor and the Finance minister was imperative in order to review the states that had met the criteria for the disbursement of the fund.

One of the criteria is that a minimum of about 50 per cent of the fund would be devoted to the payment of salaries and pension in line with the government’s plan to stimulate consumer demand.

It was also learnt that the fund would be credited to an auditable account from which payment to individual creditors would be made and that such payment would be made to the Bank Verification Number-linked accounts that could be verified.

The Director of Information, Federal Ministry of Finance, Mr. Salisu Dambatta, could not be reached for comments as calls to his mobile telephone were not answered.

He, however, sent a text message that he was in a meeting when the calls became persistent.

President Muhammed Buhari had on Thursday directed that the amount be released by the Finance minister to the states to enable them meet pressing financial obligations such as payment of salaries and pension arrears.

He said the presidential order should be carried out “appropriately and with dispatch.”

Buhari, who had earlier released the first tranche of N388bn to the state governments in December 2016, said the latest release was meant to ease their financial hardship.

He stressed the need for the state governors to ensure the settlement of unpaid salaries and pension arrears of their workers with the fund.

“I will not rest until I address those issues that affect our people. One of these basic things is the issue of salaries. It is most important that workers are able to feed their families, pay rents and school fees, then other things can follow,” the President was quoted to have said.

Why we are phasing $5.5bn foreign borrowing – DMO 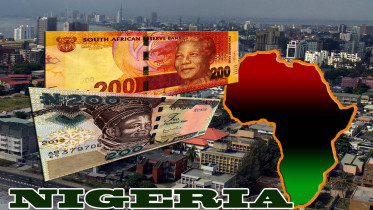 IMF Harps on Economic Diversification for Nigeria, Others

IMF Harps on Economic Diversification for Nigeria, Others The Managing Director of the International Monetary Fund (IMF), Christine Lagarde on Tuesday stressed the need for…