The Nembe Creek Trunk Line, one of the two lines that carry the Bonny Light crude oil for export, has been closed for repairs.

The situation is likely to further delay Bonny Light loadings, which have already been under force majeure for a month, traders said on Monday.

The Nembe Creek Trunk Line closed on Friday for repairs, the operator, Aiteo, said on Monday. A source with knowledge of the matter told Reuters that the Trans Nigerian Pipeline, a second line that carries Bonny Light, remained open.

It was not clear when the Nembe Creek pipeline would reopen.

Traders said there were at least three tankers that were due to load Bonny Light this week and next, with oil deferred from the May loading programme. But any lifting will likely be subject to delays of two to three days because of the pipeline closure, they said.

Shipments of Bonny Light remain subject to force majeure, according to a Shell spokesman on Monday.

Exports have been under force majeure for a month following a leak further up the pipeline.

Between 30 and 33 cargoes were still available for sale from the 48-strong Nigerian July programme, which was likely to keep differentials under pressure, traders said.

Sonangol of Angola was believed to have sold out of its July cargoes. The August loading programme is due this week.

Our Aviation Safety capacity Has Improved 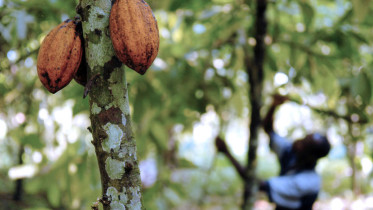 Exporters Commend FG on cocoa Revival The Cocoa Exporters Association of Nigeria has commended the Federal Government for repositioning and reviving the nation’s cocoa industry….