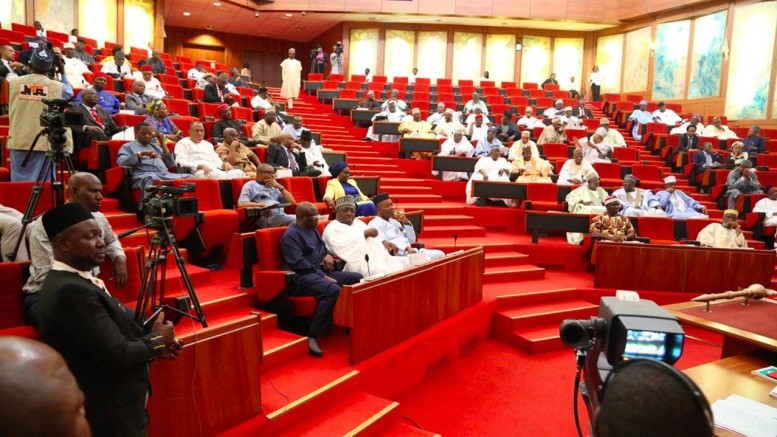 The Senate on Tuesday applauded the report by the National Bureau of Statistics indicating that Nigeria’s economy had staged a comeback from recession.

The upper legislative chamber, in a statement by the Chairman of its Committee on Media and Public Affairs, Senator Aliyu Abdullahi, stated that it was truly commendable that after five consecutive quarters of contraction, the economy grew by 0.55 per cent in the second quarter of this year.

Abdullahi also stated that the improved performance of the trade, manufacturing, agriculture and oil sectors was an indication that with carefully aligned policies and legislative interventions, Nigeria’s economy could thrive beyond current forecasts and expectations.

The statement read in part, “The Senate received the Q2 NBS economic report with great excitement. We are delighted that the government’s response to the economic recession has begun to yield tangible results.

“The public will recall that in the days following the announcement of the 2016 recession, the Senate initiated steps and tabled 21 recommendations that it submitted to the Executive for immediate action. We also listed out economic priority bills, many of which have now been passed, or at the final stage.

“We are also happy to note that many of the economic recommendations, specifically in the areas of retooling our agriculture and trade policies, were adopted. This shows that the ‘all hands on deck’ approach was necessary from both branches of government.”

Abdullahi noted that although the nation was now out of recession, the Senate remained committed to seeing that the unemployment rate and high cost of living in the country were brought down.

He added, “The rising unemployment in the country is an issue that is of much concern to all of us. Additionally, the rising cost of food prices and basic services in the country still affects millions of households. This is why we will continue to work on our laws, specifically in the areas of access to credit to promote more opportunities for small business owners, and opening up more sectors to private sector participation, so that there will be more competition in our markets, which will lead to lower prices.

“We will also continue to work with the Executive to ensure that our policy and legislative objectives, specifically as they relate to the economy, are well aligned.”

African Start-ups to Grab Over $1M to SpeedUPAfrica

Be the first to comment on "Senate Celebrates Exit From Recession"

Nigeria at its Worst Since 1999, Says Atiku