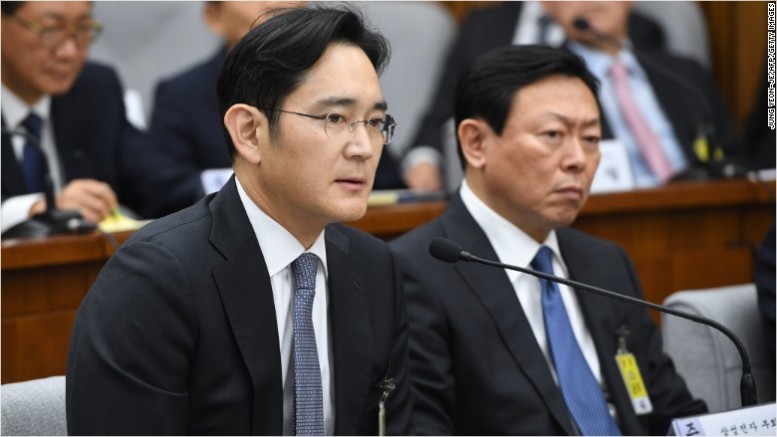 The heir to the Samsung empire, Lee Jae-Yong and four other top executives were indicted Tuesday on multiple charges including bribery and embezzlement, South Korean prosecutors said in the latest blow to the world’s biggest smartphone maker.

The AFP reported that the presentation of formal charges against Lee Jae-Yong and his colleagues makes them almost certain to face trial, casting new uncertainty over South Korea’s biggest business group as it seeks to recover from a humiliating recall.

As well as charges of bribery, embezzlement and hiding assets overseas, Lee is accused of perjury, said the spokesman for prosecutors probing a corruption and power abuse scandal that has seen President Park Geun-Hye impeached.

Three of the five men — but not Lee, the vice-chairman of flagship subsidiary Samsung Electronics — resigned their positions, the conglomerate said.

The group said it was “dismantling” its Future Strategy Office, the coordinating body that oversees major decisions such as acquisitions or entering new business.

The move, described as a “reform plan”, was announced in a brief five-line statement emailed minutes after the indictment.

Under the scheme, each Samsung unit will be allowed to run more independently, a powerful group body handling government lobbying will be disbanded and decisions over donations will be made more transparent, it said.

But Chung Sun-Sup, the head of chaebol.com, a private watchdog forum on conglomerates, said: “It is yet to be seen whether this is another cosmetic measure aimed to divert public criticism.”

In the past, he told AFP, “Samsung has dissolved group-controlling organisations when it got caught in breach of laws, only to revive them afterwards under different names”.

The Lee family could be “expected to continue wielding power and influence over the whole group”, he added, although professionals might get a greater voice in operating each of its subsidiaries.

The tech giant, whose group revenues are equivalent to a fifth of the country’s GDP, is struggling to recover from the embarrassing recall crisis over its Galaxy Note 7 smartphone last year.

The PR disaster is partly blamed on the group’s top-down management style, in which each Samsung unit simply follows orders from the elite Future Strategy Office without question.

The corruption scandal centres on Choi Soon-Sil, who is accused of using her close ties with President Park to force local firms to “donate” nearly $70 million to non-profit foundations, money which Choi allegedly used for personal gain.

Samsung was the single biggest donor to the foundations. It is also accused of separately giving millions of euros to Choi to bankroll her daughter’s equestrian training in Germany.

The 48-year-old Lee, the scion of Samsung’s founding Lee family, has effectively been at the helm of the conglomerate since his father suffered a heart attack in 2014.

One of the policy favours which Lee allegedly sought from Park was state approval for a controversial merger in 2015 of two Samsung units seen as a key step to ensure a smooth power transfer to him.

The deal was opposed by many shareholders who said it had wilfully undervalued shares of one of the two firms. But it eventually went through after the national pension fund — a major Samsung shareholder — approved it.

A former welfare minister who had overseen the pension fund was charged with abuse of power last month for pressuring it to vote in Samsung’s favour.

Lee has denied all accusations.

Samsung Electronics shares closed up one percent on Tuesday, at 1,922,000 won per share.

Tuesday’s indictments came a day before the special prosecutors — who were appointed in December — were set to hand back the case to state prosecutors after the government rejected a request to extend their inquiry.

It would be up to the state prosecutors to probe other South Korean conglomerates, including Hyundai Motor and retail giant Lotte Group, the special prosecutors’ spokesman said.

During their term they indicted a total of 31 suspects — 17 of them on Tuesday — including an ex-arts minister and former presidential chief of staff.

Be the first to comment on "Samsung Boss Indicted for Bribery, Embezzlement" 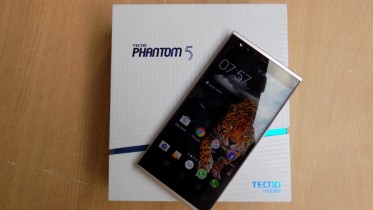