Oil prices would likely be below $70 per barrel this year, as the growing United States onshore production as well as rising production from conventional fields would keep a lid on prices, Statoil’s Chief Executive Eldar Sætre told Reuters on Wednesday.

“I think we will most likely be below $70 a barrel,” Sætre told Reuters, commenting on his expectations for oil prices this year.

Apart from deciding to lift the dividend, Statoil also ended-as planned-its scrip dividend program in the third quarter of 2017, joining other oil majors like BP and Shell who also ended their scrip plans under which shareholders could choose to be paid in shares instead of in cash.

“We expect to increase returns and can deliver $12bn in free cash flow from 2018 to 2020,” Sætre said in Statoil’s Capital markets update.

“We have radically improved our next generation portfolio, and Johan Sverdrup phase 1, has now a break-even below 15 dollars per barrel. We will profitably grow production, strengthen our balance sheet, and increase the cash dividend”, Sætre said.

Statoil expects to drill around 40 exploration wells in 2018 with an expected spend of around $1.5bn. 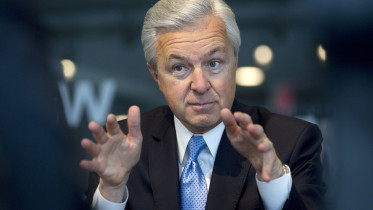