The Central Bank of Nigeria on Thursday directed Deposit Money Banks in the country to render returns on foreign exchange in a uniform format.

The apex bank has been under pressure in the last few weeks over its policy on foreign exchange management which some people have described as unfriendly to the business and investing communities.

The CBN also said it had yet to receive any query from the Office of the Attorney-General of the Federation over issues relating to the sale of foreign exchange.

The CBN said in a statement issued by its Acting Director, Corporate Communications Department, Mr. Isaac Okoroafor, that neither the governor, Mr. Godwin Emefiele, nor the Director, Legal Services Department had received any communication from the AGF’s office with regard to the issue.

“While it is perfectly normal for any agency of government to seek clarifications on any matter from other agencies of government, we wish to state that neither the Governor of the CBN nor the Director, Legal Services Department has received any communication with regard to the issue.

“The CBN, as a responsible and responsive arm of government, will always provide clarifications on any matter within its purview for the purpose of educating and enlightening all concerned.”

It said since the introduction of the new forex policy last year, it had mandated all banks participating in the policy to forward evidences of forex sale to end users as well as advertise same in national dailies.

The apex bank stated that the decision to ask the banks to publish their forex rates was to ensure transparency as the CBN neither allocated foreign exchange nor dealt directly with bank customers.

However, the apex bank stated that it had observed that some banks were forwarding inaccurate data, which were erroneously published, adding that this had given a wrong impression of disparate foreign exchange rates.

Be the first to comment on "Render Forex Returns in Uniform Format, CBN Tells Banks" 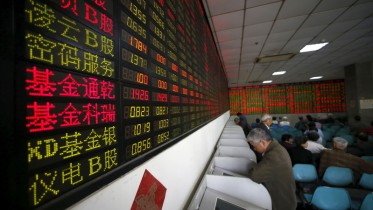 Develop New Skills, Experts Urge Finance Professionals Finance professionals have been charged to acquire the right skills and embrace the dynamics of technology in order…