Oil marketers on Thursday declared that the country’s refineries would not work as expected despite the billions of dollars being spent by the Federal Government on rehabilitating the facilities.

According to the Major Oil Marketers Association of Nigeria, a body consisting of big players in the oil and gas sector, the billions of dollars pumped into the rehabilitation of refineries by the government are just being wasted.

The body also announced that the Asset Management Corporation of Nigeria and Deposit Money Banks had seized more than 15 tank farms belonging to oil marketers due to the inability of the dealers to pay back the loans they collected from banks.

Speaking on behalf of MOMAN during a live television programme monitored by our correspondent in Abuja, the association’s Executive Secretary, Obafemi Olawore, said Nigerian refineries would not work until they were privatised.

When asked to state what he thought was happening to the refineries, Olawore said, “I think that question can best be answered by the NNPC, but my guess is that the refineries are not doing much. Each time one tells the truth, the truth is sometimes bitter.

“As presently owned, the refineries cannot work until they are privatised. Monies will be pumped into rehabilitation and maintenance, but they won’t take us anywhere. It’s not the first time that monies were budgeted for the refineries. Why should we continue to waste such monies?”

On why private investors were not building refineries, Olawore explained that no investor would invest in a business when he was unsure of recouping his investment.

He said, “You don’t build refineries when you are not too sure of recovering your cost. I’m very optimistic that Dangote has done his homework very well and he is very sure that one thing will happen.

“And that is, by the time he (Dangote) finishes the refinery and it is opened, there will be privatisation, or he will be allowed to treat his refinery as being in an export free zone and he will be operating as if he is outside the country.”

Olawore said the indebtedness of marketers to banks was due to the failure of the government to clear the $2bn debt which it owes the dealers.

He stated, “We’ve been discussing with the government; remember we had a meeting with them in January this year. The government directed that we meet with the Finance minister to reconcile, which we did. We had another meeting in February, and we’ve had some three other meetings.” 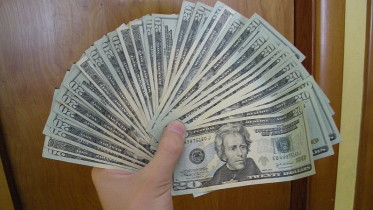 Naira Records Little Gain, Closes at 512/dollar The naira recorded slight gain on Tuesday and closed at 512 against the United States dollar on the…