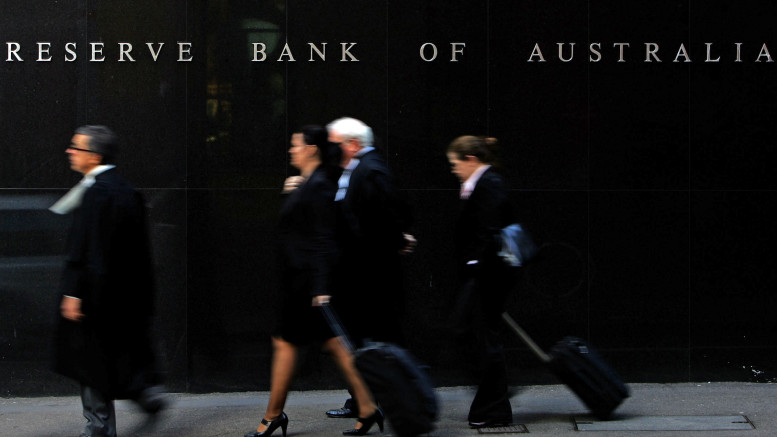 In the last five years, the Australian economy has been struggling with low mining investment, weak wage growth and low inflation rate. According to the Governor of the Reserve Bank of Australia, Philip Lowe, the economy is in a state of transition and gradually diversifying from being mining dependent to something more normal. 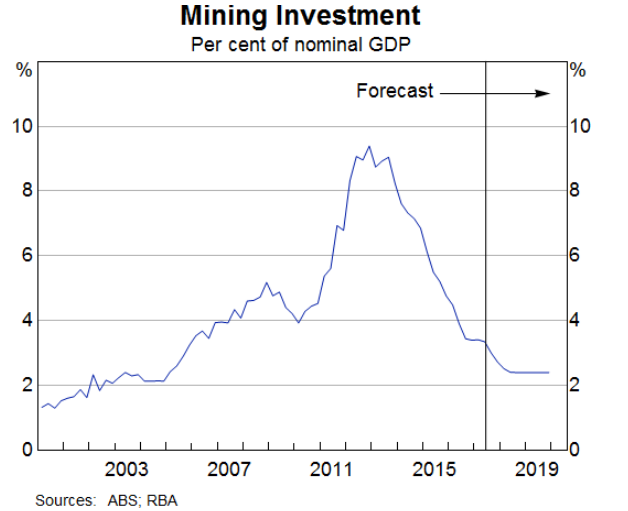 This is because, despite low mining investment, new job creation continued to rise and support economic activities on a broader scale, especially from the services and manufacturing sectors. Suggesting that growth is more even across key sectors when compared to the period of high mining investment.

Again, while even growth does not translate to pick up in the economy, record low-interest rates and improved global economic outlook will further complement current progress and deepen GDP growth going forward as shown below. 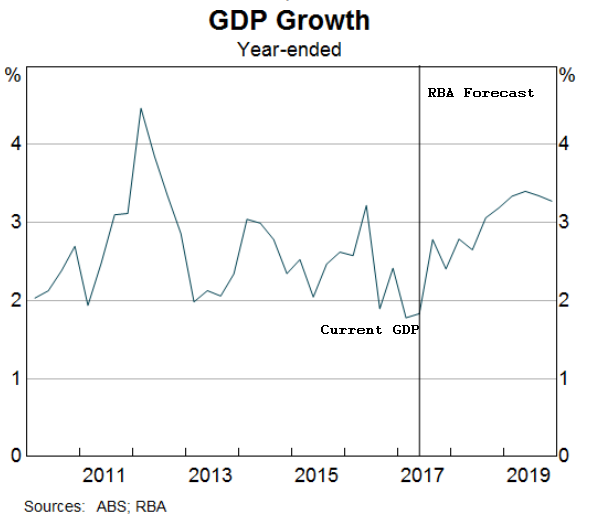 “This more positive outlook is being supported by an improving world economy, low-interest rates, strong population growth and increased public spending on infrastructure. All these things are helping,” the Governor said. Meaning, the RBA may not be raising rates in the near term.

Accordingly, weak retail sales due to low consumption, weak wage growth and rising household debt are some of the key factors mentioned by the apex bank for maintaining current interest rates, even as its counterparts in the West deliberate on how to further wind down on stimulus and hike benchmark rate. 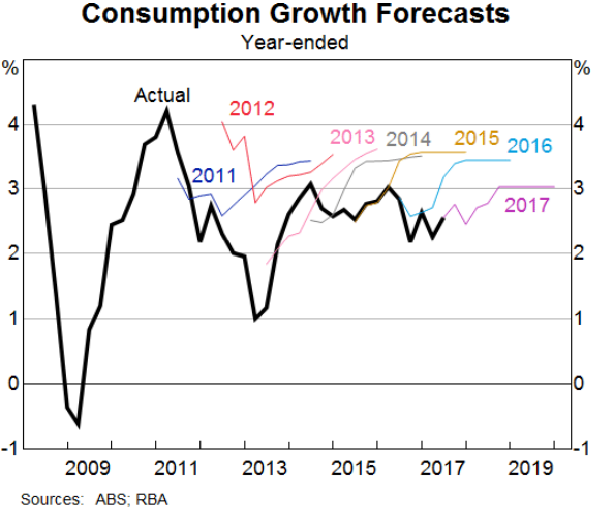 “The most likely explanation for the ongoing subdued consumption outcomes is the combination of weak growth in real household income and the high level of household debt. Given the persistence of these factors, our latest forecasts have incorporated a flatter profile for consumption growth than has been the case in previous forecasts.”

Therefore, while the economy might continue to create job and consolidates on current progress, external factors like China’s new credit control policy and capital flight by institutional investors expecting to capitalize on high-interest rates are likely to hurt the Australian dollar against G10 currencies in the near term. Especially, as these sets of investors look towards the West and other regions for profitability.

The Australian dollar gained slightly against the US dollar to trade at $75.69c.