The Managing Director, Rainoil Limited, Mr. Gabriel Ogbechie, has said the Federal Government should deregulate fuel prices to enable it to increase quality without shouldering the cost.

Ogbechie was quoted by Reuters to have said at the Platts refining conference in Brussels that the nation’s efforts to cut sulphur levels in its fuel imports were unlikely to succeed this year.

The Federal Government has postponed its target to slash allowed sulphur on fuel imports to 50 parts per million for diesel and 150ppm for petrol from July to December.

The current maximum sulphur level is 1,000ppm for petrol and 3,000ppm for diesel.

Compared to other parts of the world, such as Europe and North America, fuel quality in many African countries, including Nigeria, is very poor.

Rainoil, an integrated downstream oil and gas company, holds a contract for crude-for-fuels swaps, which have been the main source for the country’s petrol imports in the past two years.

Prices for lower sulphur fuels were included in those contracts, but Ogbechie said that as long as the government caps petrol prices, it would not opt for higher quality fuel that would cost $10-$20 more per tonne.

The Rainoil MD noted that with elections coming in early 2019, the deregulation of fuel prices was also unlikely.

“The price of petroleum products is a highly emotive issue…and the election cycle has already started,” he stated.

On December 1, 2016 in Abuja, Nigeria, Benin, Togo, Ghana and Cote d’Ivoire agreed to ban the importation of Europe’s dirty fuels, limiting sulphur in fuels from 3,000ppm to 50ppm.

The then Minister of Environment, Mrs. Amina Mohammed, said the enforcement of the ban in Nigeria would begin from July 1, 2017. But the ban failed to come into effect that day.

According to the United Nations Environment Programme, the move to ban dirty fuel imports by Nigeria and others will dramatically reduce vehicle emissions and help more than 250 million people to breathe safer and cleaner air.

It noted that a report by Public Eye in September last year exposed how European trading companies were exploiting the weak regulatory standards in West African countries, allowing for the exportation of fuels with sulphur levels up to 300 times higher than was permitted in Europe. 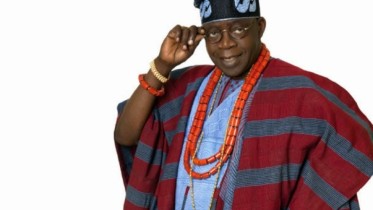