After benefiting hugely from the newly introduced Import & Export Forex window and some impressive quarter one corporate results last week, the equities market will be set for a round of profit taking this week, analysts have said.

In their weekly review of activities in the market, analysts at Afrinvest said: “Whilst we continue to hold a positive short term view of the market, we expect to see some profit taking in early trades next week.”

The equities market rose for second week in a row at the close of trading session Friday, resulting in N1.05 trillion increase in the market capitalisation following renewed sentiment by investors.

The All Share Index recorded gains on all trading days, broadly driven by swirls of positive sentiment which emanated from the impressive first Quarter earnings and expectations of a rebound in economic activities following positive PMI readings for April and improved FX liquidity. Thus, investors actively positioned in bellwethers across sectors, Afrinvest said.

As in the previous week, the sector performance remained mixed as three sectors appreciated as against two the recorded negative performance. The banking sector strengthened the most, up 3.6 per cent on account of gains in FBN Holdings Plc, which returned 14.2 per cent Zenith bank Plc that rose by 8.6 per cent. The consumer goods sector trailed, adding 3.0 per cent owing to price appreciation in International Breweries, which rose by 10.4 per cent and Nigerian Breweries and dangote Sugar Refinery that rose by 3.5 per cent and 6.5 per cent respectively.

The Oil & Gas sector inched up by 3.0 per cent as a result of positive sentiment towards Oando and eternal Plc that appreciated by 24 per cent and 8.9 per cent respectively. The industrial goods index declined1.1 per cent as profit-taking in Lafarge Africa which fell by 2.6 per cent pulled the sector lower.

Similarly, the insurance sector recorded 0.1 per cent negative return on account of on sell-off in AxaMansard Insuarance. The insurer fell by 5.7 per cent.

The sector contributed 70.45 per cent and 66.13 per cent to the total equity turnover volume and value respectively. 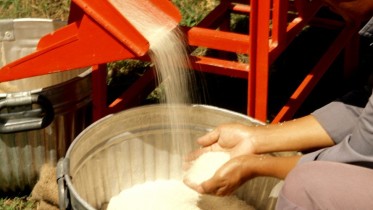