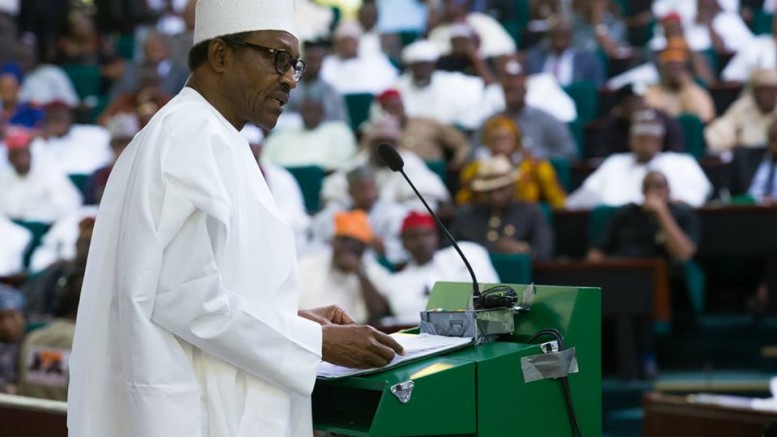 By refusing to consider and approve the 2017-2019 Medium Term Expenditure Framework (MTEF) and Fiscal Strategy Paper (FSP), a statutory prerequisite for the submission of next year’s budget, the presidency is of the firm view that the National Assembly is doing everything possible to put pressure on the executive arm to fund the controversial constituency projects contained in the 2016 budget.

The MTEF is a three-year expenditure framework that sets out the medium-term expenditure priorities and hard budget considerations against which sector plans can be developed and refined. It also contains the outcome criteria for the purpose of performance monitoring.

In the past few weeks, however, the Senate had consistently dismissed the MTEF sent to it by President Muhammadu Buhari, describing the documents as “empty” and not worthy of legislative consideration.

The Senate’s action came after it rejected the president’s $30 billion borrowing plan, part of which was meant to provide support for the 2016 budget. It said the borrowing plan lacked supporting information.

Speaking on the presidency’s frustration with the antics employed by the National Assembly, a senior presidency official involved in budgetary preparation said that the reasons given by the lawmakers for not accepting the MTEF were “frivolous”, adding that the intention of the lawmakers is to use it to force the president to fund and implement their N100 billion constituency projects.

He added: “It was the same MTEF that was given to the African Development Bank, upon which the bank recently approved the $600 million loan as the first tranche of the one-billion-dollar budget support to help finance Nigeria’s economic governance, diversification and competitiveness programme.

“It was the same MTEF, which the National Assembly said was empty that was presented to the World Bank for part of the proposed borrowing plan of $29.96 billion for infrastructure development.

“So, we don’t understand what they are talking about. Are the lawmakers more knowledgeable than these institutions on economic and financial matters?”

The source added that the “plot” by the National Assembly to frustrate the entire country because of their selfish interests was totally against the nation’s interest.

“We all know the state of our economy today. We don’t have enough funds to implement the constituency projects for now, and they will add very little value to the growth of the nation’s economy.

“In any case, if they say the MTEF we prepared is empty, let them come up with their alternative,” the source added.

The Minister of Budget and National Planning, Senator Udoma Udo Udoma, had said that the 2017 budget would also be based on an average daily oil production target of 2.2 million barrels per day.

According to Udoma, inflation rate may not drop to single digit in the next two years as the government assumed 11.88 per cent and 12.57 per cent in 2018 and 2019, respectively.