To avert an increase of over 200 per cent in electricity tariff payable by residential consumers in the near future, the Federal Government has to intervene in the sector, power distribution companies have said.

According to them, the government’s intervention is vital in order to address the N809bn revenue shortfall in the industry.

They insisted that the intervention could come in form of subsidy to consumers, access to foreign exchange by the companies, as well commercially reasonable financing for the Discos.

The firms explained that they were not willing and could not impose any increase in tariff on consumers, but maintained that to avoid a situation where the consumers would have to pay as high as N70 to N105 per kilowatt-hour as energy charge, the Federal Government must do something.

Currently, the average rate being paid as energy charge by residential consumers across the country is N22.8/KWH, but this may increase soon if nothing is done to address the N809bn revenue shortfall in the power sector, according to the Discos.

The Chief Executive Officer, Association of National Electricity Distributors, the umbrella body for the Discos, Mr. Azu Obiaya, told our correspondent that “the government has a role to play.”

He explained, “There is nowhere in the world where the privatisation of the power sector has succeeded without the government coming in to address shortfalls. However, because we cannot impose any increase on the customers, the government must step in.

“There is a gap in the electricity value chain and that gap must be filled by somebody. But right now, it cannot be pushed on to consumers who are already suffering the effects of a recession. So, clearly, the only person or party that can step into that realm is the government.”

Obiaya noted that the Indian government, from where Nigeria copied its privatisation model, provided about $105bn as subsidies rather than commercial loans to the Discos in New Delhi, and suggested that the Federal Government should think in that direction.

He said, “So, what we are asking them to do is that they should think about how they can help subsidise rates for the consumers, how they can help us with access to finance, access to forex as well as a stabilisation policy, because most of the equipment in this industry are imported.

“Therefore, for emphasis on how they can intervene, they should help us with access to forex, financing at commercially reasonable rates, as well as subsidy to consumers by way of assistance. These issues are significantly important in order not to increase the tariff being paid by consumers.”

Officials of the Nigerian Electricity Regulatory Commission had told our correspondent that they were aware of the request by the Discos to raise tariff or get the government to intervene in the sector, but stressed that the regulator had not given consideration to their plea.

The National Electricity Consumers Advocacy Network had stated that it would never support any move to increase tariff, describing it as “the peak of insensitivity to the Nigerian masses”. 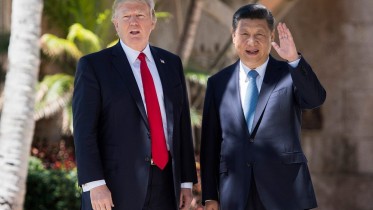 China’s Oil Lifeline to North Korea Targeted After Nuclear Blast Even before North Korea detonated its most powerful nuclear bomb yet, Japan was calling for…

Saudi Sees Deals Worth $50 Billion at Investment Conference Despite Boycotts