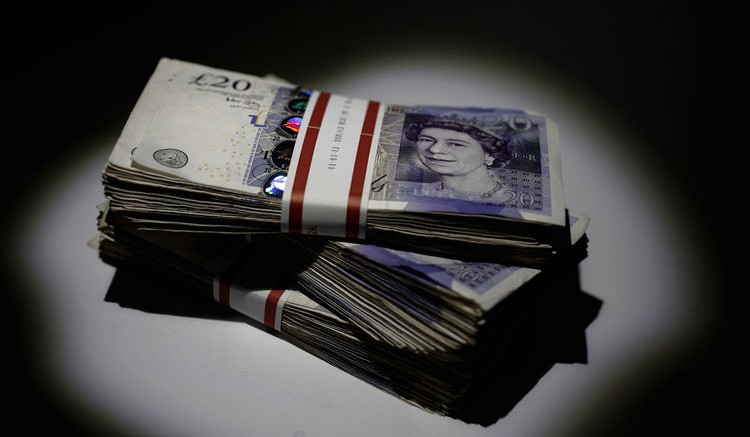 Bundles of 20 sterling pound notes are arranged for a photograph inside a Travelex store, operated by Travelex Holdings Ltd., in London, U.K., on Wednesday, March 6, 2013. Photographer: Simon Dawson

The pound jumped amid evidence the campaign to keep Britain inside the European Union is extending its lead.

Sterling climbed the most this year versus the euro, touching a more than two-month high, and rallied against the dollar as an opinion poll by the Evening Standard newspaper and Ipsos Mori put the “Remain” camp’s lead at 18 percentage points. That’s after an ORB/Telegraph survey earlier this week showed 55 percent of respondents in favor of staying in the EU versus 40 percent wanting to leave.

Britain’s currency has acted as a barometer of sentiment in the run-up to the June 23 referendum, sliding to a seven-year low versus the dollar about a week after the date of the vote was announced in February. It’s now gaining as surveys support optimism that a Brexit — which both the government and the Bank of England have said will hurt the economy — can be avoided.

“Market participants are trading on the headlines and seeing the remain camp ahead and therefore buying the pound,” said Thu Lan Nguyen, a currency strategist at Commerzbank AG in Frankfurt. “The market’s getting more sensitive to the polls as we get closer to the referendum.”

Other surveys have also shown the pro-Europeans seizing the advantage. A poll by YouGov Plc and the Times on Wednesday put the pro-EU camp at 44 percent versus 40 percent for those favoring quitting the world’s largest single market.

The U.K. currency slipped earlier as the nation’s jobs market showed signs of cooling. Coming after a report Tuesday that showed an unexpected drop in the inflation rate, slowing wage growth underscored how the economy is struggling as the EU vote approaches.

“If we vote for leave, it will be a pretty precipitous decline of sterling,” Allianz Global Investors Global Chief Investment Officer Andreas Utermann said in an interview on Bloomberg Television. “The negative implications of an out vote could be very serious.”
SHARE
TWEET
PIN
SHARE