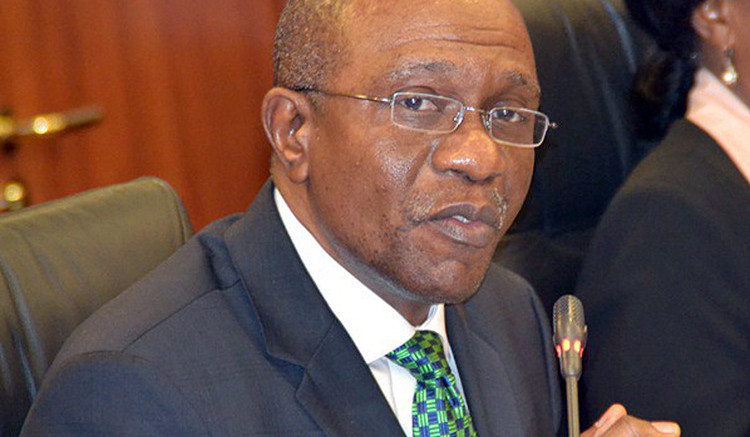 Mrs. Emefiele and her relatives were abducted on Thursday, September 29 at Ogoneki Hills along the Benin-Agbor Road in Delta State. She and others were rescued 36 hours after their kidnapping, following a massive manhunt involving all the security agencies in the country.

Among the nine suspects paraded by the police yesterday were two serving Nigerian Army lance corporals — Musa Maidabra (28) and Edwin George (32) – and a dismissed soldier of the army, Ernest Anthony Uduefe.

In a statement issued in Abuja on behalf of the Inspector General of Police (IG), Mr. Ibrahim Idris, the Force Public Relations Officer, DCP Donald Awunah, explained that the ransom paid for the safe return of the CBN governor’s wife was used as a bait or bargaining chip to save the lives of the victims, which was primary to the objectives of the security operatives.

However, he said the police would not encourage the payment of ransom by relatives of kidnapped victims, cautioning relatives to exercise considerable restraint while the police do their intelligence gathering to rescue the victims.

He advised that at all times of kidnapping, the public should immediately involve the police because paying ransom in some cases could be counter-productive.

The IG said: “The curtailment of the activities of kidnappers in our communities will be ultimately successful through the cooperation and collaboration of all stakeholders. There must be collective ownership of law enforcements.”

On how Mrs. Emefiele and her relatives were rescued at Ugoneki hills, the IG said he ordered the Intelligence Response Team and other tactical teams to swing into action to rescue her when they got information of the abduction, adding that it yielded positive result, as they were rescued the following day.

All the suspects, according to the police, admitted being part of the kidnapping gang that abducted Mrs Emefiele and others, adding that through their confessional statements, they alluded to have partaken in sharing the ransom money.

While the two serving soldiers confessed to sharing N6.5 million each, the others got between N10 and N11 million each, adding up to about N54 million extorted from their victims’ families.

The two lance corporals provided the army uniforms and gun.

On the injury sustained by Mohammed Musa, the IG said: “The suspect is 26 years old and hails from Yabo LGA of Sokoto State. He confessed to receiving the N10 million from the ransom paid.

“He sustained bullet wounds after a gun duel with the police while trying to leave the forest where they had kept their victims. N7.7 million was recovered from him. Useful information was gotten from him that led to the arrest of other gang members.”

He also revealed that Lance Corporal Maidabra is a 30-year-old native of Katau Village in Billiri LGA of Gombe State.

“A lance corporal with the Nigerian Army serving at 122D30 Regiment in Maiduguri, Borno State, he was arrested for the active role he played in the kidnapping.

“Upon his arrest, he made a confessional statement to the police admitting to be part of the gang that kidnapped and collected ransom from the victim’s family.

“In the course of investigation into the crime, an SUV worth N1.5 million and a sum of N4 million, which was his own share of the ransom money, was recovered from his possession.

“It was also discovered that he, in the company of NA/65/6582 Lance Corporal Edwin George and one Ernest Anthony Uduefe, a dismissed soldier, while dressed in army uniforms, escorted some of the kidnappers and the ransom money in a maroon coloured Audi car out of the forest where they had kept the victim, to Benin City, Edo State,” the IG stated.

In the case of Lance Corporal George, he is a native of Otukpo town, Otukpo LGA of Benue State. He is personnel of the Nigerian Army serving at 122D Regiment in Maiduguri, Borno State.

“As earlier mentioned, he was part of the trio that escorted the ransom money to Benin City, Edo State. A Honda car worth N1.1 million, which he used part of his loot to purchase was recovered from him.

Uduefe, the dismissed soldier, is a native of Igbuku village, Ndokwa East LGA of Delta State. He also volunteered a confessional statement to his involvement in the crime.

“Investigations revealed that he also bought a Honda car worth N1.5 million and furnished an apartment in Benin City, Edo State within 48 hours of the kidnapping.

“The sum of N1.5 million in cash and the said Honda car were recovered from him,” he said.

Mohammed Abubakar, also known as Dogo, is a native of Mubi town, in Mubi LGA of Adamawa State and the leader of the group.

The IG said he confessed to the crime and admitted that he received the sum of N11 million in cash from the ransom, adding that the suspect, however, claimed to have given one Danjuma who is presently on the run, the said sum to keep for him.

Mohammed Sule hails from Awe village in Awe LGA of Nasarawa State, the IG added. The suspect, he said, confessed to have received N10 million in cash as part of his share of the ransom paid and claimed a soldier and gang leader escaped with the loot.

Ibrahim Abdullahi from Fondogeri LGA of Niger State, admitted to have received N10 million in cash as part of his share of the ransom money, while Aliyu Musa and Mohammed Yusuf were arrested for their involvement in the kidnapping based on information availed the police by Mohammed Musa.

Musa and Yusuf are being investigated further on the roles played by them in the commission of the crime, said the IG

Be the first to comment on "Police Recover N14.7m from Nine Suspected Kidnappers of CBN Gov’s Wife"

Output Bets Spur Oil; Euro Rises on Merkel Comment Oil rose a fourth day in the build-up to OPEC’s gathering in Vienna this week, as…