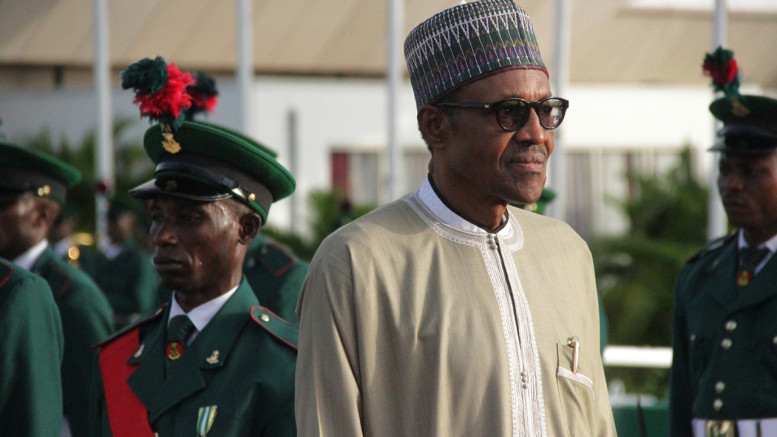 The Peoples Democratic Party (PDP) yesterday led opposition parties and civil society groups to raise the alarm over alleged plot by the federal government to clamp down on their leaders under the guise of fighting insurgency.

They rang the alarm bell, following the Minister of Information and Culture, Alhaji Lai Mohammed’s, claim at a press conference in Abuja yesterday that the federal government had intelligence that opposition parties were gathering terrorists and armed bandits to cause mayhem in the country with a view to disrupt the forthcoming general election.

Other groups that cried out yesterday were the pan-Yoruba socio-political organisation, Afenifere; the Southern/Middle Belt Leaders Forum (SMLF); and the Coalition of United Political Parties (CUPP), who spoke of alleged plot by the President Muhammadu Buhari-led government to frame up opposition leaders for alleged security breaches in order to prepare grounds for their arrest.

Speaking in the same vein, the African Democratic Congress (ADC) and the Alliance for New Nigeria (ANN) said that the All Progressives Congress (APC) was desperate to remain in power, adding that the party’s self-succession plan was very real, hence, the unsubstantiated allegation by the ruling party and its government.

They stated this while reacting to what the PDP described as ‘’irresponsible and ludicrous’’ allegation by Mohammed that opposition parties were mobilising Boko Haram and armed bandits to provoke chaos during the general elections.

The federal government, through the Minister of Information and Culture, yesterday alerted Nigerians to plans by some ‘’unscrupulous opposition elements’’ to scuttle the general elections by orchestrating widespread violence.

”Having realised that their fortunes have dwindled badly ahead of the polls, the desperate opposition is orchestrating widespread violence with a view to truncating the elections, thus triggering a constitutional crisis that could snowball into the establishment of an interim government,” the minister told a press conference in Abuja.

He added, ”Before you accuse the government of crying wolf, let me tell you, gentlemen, that we have credible intelligence that armed bandits and Boko Haram insurgents have been mobilized to engage in massive attacks and other acts of violence in several states across the country, including Adamawa, Bauchi, Borno, Benue, Kano, Kaduna, Nasarawa, Plateau, Taraba and Zamfara.’’

He said a Benue-based armed criminal group, led by Mr. Terwase Akwaza, also known as Gana, had been commissioned to strike soft targets in Benue, Nasarawa, and Taraba States, while in Kano State, a group of notorious miscreants had been mobilized by some prominent opposition leaders to provoke massive chaos before, during and after the elections.

Mohammed added, ”There is also an international dimension to the evil plan. Some armed mercenaries from Niger Republic have been contracted to attack top government functionaries, including state governors, across the North-west between now and the elections.’’

He, however, assured of the federal government’s commitment to a credible, free, fair and peaceful elections, hence it is taking every possible measure to counter ”these evil plans by unpatriotic anarchists.”

The minister appealed to all Nigerians to be vigilant in the days ahead, and urged the media to help in sensitizing members of the public on the observed threats, which are capable of disrupting the elections.

”The punch line of our long running campaign on security – if you see something, say something – remains relevant, perhaps even more, at this time,” he said.

Mohammed said all the relevant agencies under the Federal Ministry of Information and Culture will work together to ensure that Nigerians are alerted to the dangers posed to the forthcoming elections by ”unscrupulous, unpatriotic and desperate characters, who will not hesitate to destabilise the country if they cannot achieve their inordinate ambition.”

However, addressing a press conference yesterday the Director of Media and Publicity, Mr. Kola Ologbondiyan, stressed that the PDP had noted that the claim exposed manifest complicity at very high level.

According to him, “In the light of this and the already displayed desperation by the APC ahead of the general elections, the PDP calls on Nigerians to hold President Buhari directly responsible for any escalation of violence in our nation.”

Ologbondiyan stressed that the PDP had severally alerted the nation that the APC and the presidency, having come to the reality of their imminent and disgraceful loss at the polls, have embarked on a strategy to foment crisis in the country and blame the opposition.

He stated, “On behalf of Nigerians, we thank Alhaji Lai Mohammed for mustering the courage to bring the nefarious plans of the APC to the public. The PDP and Nigerians are prepared for a peaceful election in defence of our democracy.

“It is imperative to state that the PDP finds the claims of Alhaji Lai Mohammed, irresponsible and ludicrous. It is just a measure for building the ground for framing up, and arrest of leading members of the opposition as he has just confirmed our concerns.”

Ologbondiyan said that it is known to all Nigerians and the world that PDP is a party that preaches and function by peace, adding that the party had conducted rallies in many states and geo-political zones without a record of violence.

He noted that the APC cannot make a similar claim of a peaceful rally in its few attempts at interacting with its members and the public, adding that its party primaries ended in violence and multiple deaths.

The party spokesperson said that APC rally in Lagos State ended in a fiasco and recorded fatalities, saying that its presidential candidate is known all over the world for inciting supporters against peace-loving Nigerians, when he said that ‘baboon and dogs will soak in their blood.’

On its part, the CUPP debunked the accusation by the minister, describing the allegation as ‘’outrageous, laughable, and sign of mental disorientation,’’ and accused the presidency of plotting to frame up opposition leaders.

The CUPP’s spokesman, Mr. Ikenga Ugochinyere, said the presidency was plotting to frame opposition leaders with fake allegations, using what he described as a vessel that is intellectually empty.

He noted that the opposition did not and will not engage in the act of supporting bandits or terror-related activities aimed at disrupting an election that they are destined to win landslide.

He said, “The fear of defeat has now made Buhari government to be running from pillar to post and throwing baseless allegation and with no facts to substantiate, all in a bid to frame the opposition.

‘’Let it be known that come February 16, the opposition coalition candidate Atiku Abubakar will crack Buhari like crackers biscuits and no amount of fake news or stupid accusation of sponsoring bandits can stop that.

“Every accusation the opposition has made against the APC was backed up with facts and evidence that it actually happened. Lai Mohammed and the APC are making baseless accusations. They should provide the evidence or shut up.”

He alleged that Buhari is a well-known patron of Miyeti Allah and pro-bandit group, while Lai Mohammed is their spokesperson, adding that the 16-page address titled, ‘Points for Concern and Actions’ issued on Sunday by former president, Chief Olusegun Obasanjo, was a clear evidence that Boko Haram and other security issues worsened under the APC administration.

“In 2018 alone, thousands of Nigerians across the country were slaughtered through Boko Haram attacks. The security situation has deteriorated with kidnappings everywhere and Boko Haram terrorists are more in action under this administration and nobody should deceive Nigerians about this,” he said.

Also reacting to the allegation, the national spokesperson of Afenifere, Mr. Yinka Odumakin, who spoke on behalf of the Southern and Middle Belt Leaders Forum (SMLF), said such allegations should have been backed up with evidence and appropriate punitive actions, suspecting a secret plot to frame up members of the oppositions for selfish political agenda.

‘’But, if you can’t bring out the evidence, that is irresponsible. You are just making political allegations as if you are still in opposition, when you have all the apparatus of the state.

“For you to come on air and make such allegations without arresting those who are involved is totally irresponsible,’’ Odumakin said.

The National Publicity Secretary of ADC, Mrs. Yemi Kolapo, and her ANN counterpart, Mr. Akinloye Oyeniyi, while also reacting to the allegation by the minister, described it as an unfounded allegation.

Kolapo said Mohammed is just crying wolf when there is none, adding that the ruling party is already running helter-skelter because of what Obasanjo said in his piece.

According to her, “Every Nigerian knows that the APC will do anything to remain in power. Lai Mohammed is telling Nigerians what they want to do. Everyone knows that this government is very desperate, the plans of self-succession is really very clear, that is why you see them hounding everybody right, left and centre.

‘’They know that Nigerians will revolt and they are indirectly begging Nigerians not to revolt because they know when Nigerians revolt there maybe call for interim government.”

The ADC spokesperson noted that if anybody is planning to disrupt this election, it is APC, and not any other party, stressing that if there is free and fair election, there is no way APC would come back to power.

Kolapo said, “All we are telling INEC is to ensure free and fair elections, and for the security agencies they should live up to their responsibilities; they should ensure that if people go out to vote, they are safe; people should be able to exercise their civic right without molestation, without intimidation of any form.”

On its part, ANN described the accusation by the APC-led federal government as illogical and one of the last signs of a rejected government looking for whom to blame for its impending woes.

Oyeniyi said that opposition parties are too busy with their altruistic duty of rescuing Nigerians from the claws of the Buhari’s government, whose incompetence and directionlessness has caused rise in Boko Haram and bandits activities. He said, “Without even denying the claims made by the Minister of Information and Culture, Mohammed, Nigerians already know who Lai is and what trauma the government he’s serving is. So, we advise President Buhari to throw in the towel, beg Nigerians for forgiveness and go home to rest.”

Be the first to comment on "PDP, Others Kick as FG Alleges Opposition Parties Mobilising Terrorists for Violence" 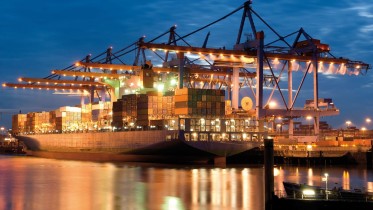 ‘Encourage More Investments in Seaports’ As a way of easing the cargo traffic and the congestion at Apapa/Lagos ports, stakeholders have suggested that government should…