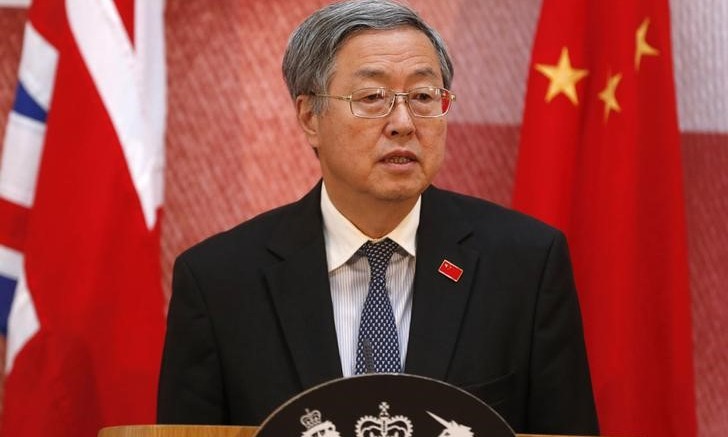 People’s Bank of China Governor Zhou Xiaochuan sought to shore up global confidence in the world’s second-largest economy, saying policy makers still have room to act on the monetary front.

China’s economy remains strong and its economic structure and quality is improving, Zhou said in a speech Friday at a conference in Shanghai. He was speaking as the two-day Group of 20 central bankers and finance ministers meeting gets underway, with China’s economic and currency outlook expected to be a key focus of discussions.

Policy makers are striving to shore up slowing growth and counter yuan depreciation pressure as surging capital outflows burn through foreign-exchange reserves. Zhou was making his second public appearance in a week following months of silence as officials try to soothe anxiety over China’s currency in the wake of last year’s shock devaluation.

As China hosts the world’s top economic leaders in the same year the yuan gains reserve currency status from the International Monetary Fund, it’s finding its own policies are in the spotlight. Economic leaders such as IMF Managing Director Christine Lagarde and U.S. Treasury Secretary Jacob J. Lew have called for better communication from the world’s second-biggest economy.

There’s evidence that China is responding. Zhou said in a rare interview with Caixin magazine this month that there’s little reason to think the yuan should depreciate further. Zhou is also scheduled to hold a press briefing today.

Zhou said in Caixin the interview that there’s no basis for continued yuan depreciation, that the nation’s balance of payments is good, capital outflows are normal and the exchange rate is basically stable against a basket of currencies. China has no incentive to depreciate the currency to boost net exports, and there’s no direct link between the nation’s gross domestic product and its exchange rate, he said.

China’s economic outlook will feature prominently at the G-20 meeting in Shanghai. Chinese officials have pinned the cause of recent global volatility on the Federal Reserve’s decision to raise interest rates in December for the first time in almost a decade.

Flour Mills’ Profit Drops by 61% The profit of Flour Mills Nigeria Plc dropped by over 61 per cent for the nine-month ending December 31,…

How Smart Companies Are Winning With Theory Y Workers