The banking system’s overnight lending rate more than doubled to 25 per cent on Friday from 10.17 per cent on Thursday after the Central Bank of Nigeria sold open market bills and debited commercial banks for bond purchases, Reuters reported.

It also debited commercial banks’ accounts for the purchases of N160bn worth of long tenor bonds and N202.4bn in treasury bills sold at auctions on Wednesday, leaving the market with little cash for transactions.

The Debt Management Office and the CBN had raised N160bn in local currency bonds at its second debt auction this year and N202.4bn treasury bills at another auction, respectively same Wednesday.

On Thursday, the money market had a cash surplus of about N83.89bn compared with N55.07bn a week ago. However, about N120bn in treasury bills is expected to mature and repaid next week.

Meanwhile, the nations’ foreign exchange reserves climbed to $29bn as of February 15, their highest level in 19 months, the CBN data showed on Friday.

The CBN has been trying to rebuild currency buffers hammered by low oil prices.

The rise coincides with a recent rise in the price of crude, which account for the bulk of Nigeria’s foreign currency earnings.

The external reserves have increased by 11.2 per cent this year but are still far off their peak of $64bn hit in August 2008.

This came just as the naira appears to have entered a free fall mode with the local currency selling for 516 per United States dollar on the streets of Lagos on Thursday. 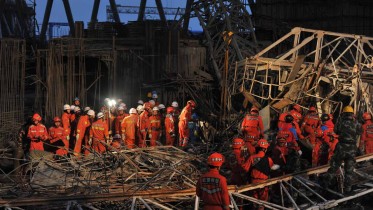