SPEAKER of the House of Representatives, Yakubu Dogara

The Speaker of the House of Representatives, Mr. Yakubu Dogara, on Friday said that Acting President Yemi Osinbajo would sign the 2017 budget into law “early next week.”

Dogara made this known during the second anniversary session of the 8th House of Representatives in Abuja.

Although the Speaker did not give much details as to the specific date when the budget signing would take place, his hint indicated that the Presidency might have communicated to him a decision to assent to the N7.441tn budget next week.

Meanwhile, as the session was going on, it was disrupted by some members of the National Association of Nigerian Students due to the leadership tussle rocking the association.

Dogara, while recognising the attendance of the students at the session, had mentioned Mr. Haruna Kadiri as the National President of NANS.

But, another factional NANS President, Mr. Chinedu Obasi, interrupted Dogara rudely by shouting that Kadiri was not the President.

Obasi’s supporters, who thronged the gallery of the House, also shouted that it was Obasi and not Kadiri that was the authentic President.

Amidst the confusion and uproar, Dogara was forced to halt his speech as security officials whisked Obasi out of the chambers.

Outside the chambers, Obasi, who almost had his clothes torn, insisted that he was the President, showing a letter of invitation sent to him by the House to attend the event.

Ironically, the House also sent the same letter to Kadiri, who was eventually recognised by Dogara.

“With me here is the letter of invitation to this event sent to me by the House leadership. I didn’t just come here. I was invited.”

But, one lawmaker and a former official of NANS, Mr. Tajudeen Yussuf, explained that the House invited both Obasi and Kadiri because of the confusion over who was the authentic NANS President.

“It was based on this reasoning that names were not contained in the invitation letters that were issued to the two leaders,” Yussuf added.

Meanwhile, the Chairman of the Editorial Board of ThisDay Newspapers, Mr. Olusegun Adeniyi, told the House that the National Assembly suffered negative image perception because of the jumbo pay of lawmakers and the unresolved controversies surrounding budget padding.

Adeniyi also said certificate scandals and the ostentatious lifestyle of senators and members of the House contributed to why Nigerians frequently questioned their relevance to the country.

Adeniyi was the guest speaker at the special session.

Speaking on the topic, “Image Perception of the Legislature: Causes and Possible Solutions,” he also observed that a House that could vote N3.6bn to buy exotic cars for its members in a period of recession did not appear to be sensitive to the plight of Nigerians.

He added that much as the House had passed many bills and motions in the last two years, the concern of Nigerians would be how the bills had impacted directly on their lives.

He said, “As far as the honourable members seated here this morning are concerned, you are serving the people.

“But where majority of Nigerians are concerned, you are all here serving only your own interest.

“Whether the populace is right or wrong is not the issue here. What is important is for the members to be aware that the people whose interest they claim to serve do not think highly of them.”

However, in his address, Dogara argued that while the current House would not assess itself for the work it had done, it had broken all the records of performance set since 1999.

The speaker said, “Statistics bear this out. The total number of bills introduced so far is 1,064, out of which Executive bills are 50; Senate bills transmitted to the House are 21; and Private Members’ bills are 993.

“A total of 126 bills have been passed by the House and the others are at various stages in the legislative mill. Twenty seven bills have received Presidential assent and a lot more are in the pipeline.

“Each of the achievements highlighted above is unsurpassed by any previous Assembly. The sheer volume of these bills attests to the vibrancy of the House in its attempt to legislate on key areas of our national life at a very trying time in our history.”

Dogara also stated that the House had kept its promise of not only to reform the budgeting process but had also published the details of the budget of the National Assembly this year.

Although, it was a special anniversary session, punch observed that about 200 out of the 360 members of the House were absent in the chambers.

Only 74 members were in attendance as at 10.27am when Dogara addressed the opening of the session. The number grew to 150 when it ended about 1.47pm.

However, the Leader of the House, Mr. Femi Gbajabiamila, told the session that there was a wrong notion of assessing legislators based on the number of times they sat in the chambers. According to him, while the plenary of the House might appear not to be full most of the times, legislators are busy performing other functions of oversight and committee assignments, “which are even more important than the plenary.”

Retirees to Earn Minimum Pension from 2017 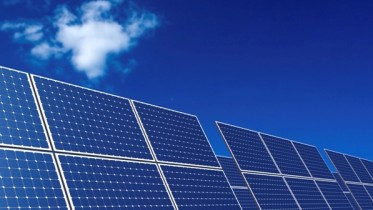